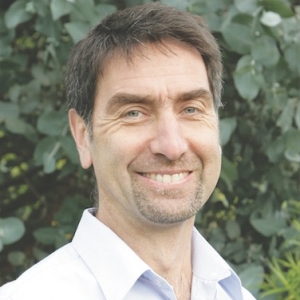 DAIRYNZ says it is “finalising the findings” from initial blood and tissue samples from cows affected by what appeared to be swede toxicity problems last winter in Southland.

“We are still working through the interpretation of these findings with the aim of releasing a statement by late next week,” marketing manager, productivity, Warren Twohey told Rural News last week.

Photosensitivity, weight loss and ill-thrift symptoms were reported in herds grazing swedes, most often of the HT-type, last winter and spring, resulting in hundreds of fatalities and many more clinical and, probably, sub-clinical cases.

DairyNZ mounted a response after the issue was raised by local vets, including Vet South’s Mark Bryan.

Last week, Bryan said as vets and DairyNZ have compared their case histories it’s been surprising how many there are. “Whatever initial estimate we had would have probably been conservative.”

Concerns there would be lasting effects on the animals that survived, such as reduced fertility, so far haven’t eventuated.

“But it’s early days [with mating]. We didn’t see any evidence of increased endometritis when we Metrichecked these herds but the incidence was low this spring in any case. The rubber will hit the road when we start getting six week in-calf rate results through.

“This year in particular it’s going to be important to get that early scan in.

“Most people are doing it now anyway but we’re really going to need to know that six week in-calf rate and whether cows are going to be late calvers.”

Bryan says it seems there’s been a swing away from the HT cultivars in the region and much more fodder beet planted. “Of course the risk of that is it’s not an easy feed to manage and we could see a lot of problems with acidosis.”

However, losses due to acidosis on fodder beet have never to date come close to what happened with swedes last winter, he says.

Twohey says while the blood, liver, kidney, and other internal organ test results should be available this week it will be April at the earliest before plant sample results are available.

“The delay in getting the analysis done is due to there being no New Zealand laboratory accredited to do the required plant analysis. We are currently working through the process of having an accredited lab established.”

A second, more in-depth survey of farms affected, including farmer interviews, is ongoing but should be complete by Christmas, says Twohey, with findings hopefully collated and analysed for presentation by February.