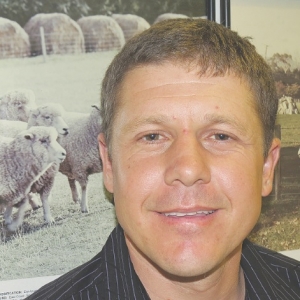 OVER HALF New Zealand’s ewe lambs could go to the ram every year, earning more for farmers and country alike, says one of the country’s leading animal scientists.

Massey University’s Professor Paul Kenyon told the recent International Sheep Veterinarian Conference in Rotorua 50-60% of ewe lambs could be mated and there’s no reason why they shouldn’t wean at 90%. Indeed, some farms are already achieving up to 120% lambing from ewe hoggets.

“The farms that are achieving the high percentages are in good environments with good topography and feeding.”

While not everyone is going to achieve that, a heap of research in recent years has produced robust guidelines on how to go about it even in more challenging environments, he says.

“The information is out there should farmers chose to use it.”

With some farms reaching a ceiling in how many lambs mature ewes can successfully rear, Kenyon argues more lamb crops from hoggets is a more likely way to increase individual farm and sector come.

“We have to think smarter about how farmers can produce more lambs each year…We know that the average mature ewe lambing percentage has increased from approximately 103% in 1990 to about 120%. We also know that while this increase has been significant, current modeling suggests that the rate of further increases in lambing percentage is not going to be as great. This rate of gain will start to be limited by environment, topography and nutritional constraints.”

In contrast, only about 35% of ewe lambs/year are mated and they average 55-70% lambing. Consequently they only account for 4-5% of the lamb crop.

“So there is huge potential to increase our productivity in our ewe lambs.”

Ways to avoid the traditional pitfalls of running rams with ewe lambs – variation in performance; ensuing problems as two-tooths; reduced longevity – have now been well researched, he adds.

For example, it’s been shown ewe lambs must be at least 40kgs before mating and, to get best results, should be teased before being put to the ram.

“We also know that they should be gaining at least 130 to 150g/day during pregnancy and in that way they will produce a lamb at a good weight at birth and with good milk for lamb growth.

Needless to say, scales are a key tool, but not every ewe lamb earmarked for mating must be weighed: a representative subset of say 50 should suffice.

As for additional feed demand of pregnant ewe lambs/hoggets, it has to be allowed for but in practice there’s a cost benefit in doing so compared to running dry hoggets, he says.

The practice won’t suit every farm and even where it does suit, Kenyon says not necessarily every hogget should be mated. But there’s no doubt ewe lambs are generally better grown today and achieve autumn liveweights well above the norm of 20 years ago, so there’s an opportunity for far more farms to give it a go.

Overall, the aim is better productivity from a given level of feed.