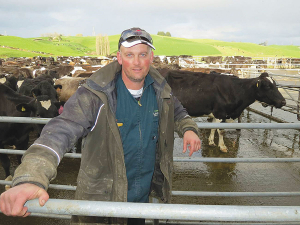 Proposed levies for Mycoplasma bovis eradication and biosecurity, if adopted, would have farmers forking out even more money, he says.

Speaking at the Federated Farmers annual meeting in Wellington this month, he questioned whether farmers are getting good value for their levies.

“What monumental shift in agriculture or value has this [caused]? I’m a supporter of levy bodies, but that shouldn’t stop us questioning the value or direction of them.

“Farmer’s money is limited and must be used wisely.”

Lewis says farmers must ponder the future of some levy funded bodies.

“How will they ensure that their extension activities reach all their levy payers? How will they manage overlap and conflicts with other levy bodies and Federated Farmers?”

He said it may sometimes be inappropriate for a levy body to comment publicly, but it’s okay for Feds to. He queried how levy funded bodies should manage this.

He asked how these groups should ensure an inclusive portion for all farmers. “How do you come to a position that doesn’t pick winners at the expense of others in agriculture?”

And he asked how they would ensure farmers see value in paying a compulsory levy.

Lewis urged farmers to focus on “good news stories” and ignore attacks on farming by minorities.

“Many of our members are engaged in community catchment groups too, working with their communities to achieve great outcomes,” said Lewis.

“The only ones missing from all this work and engagement are the antagonists who like giving us the verbal, but their words don’t match their work effort with a spade or hammer.

“Their political attacks on us are aimed at driving a wedge between farmers and their city friends.

“We must remember this is a political attack by a minority.  It’s not the community attacking us, as we all know there are many issues we all must take hold of.”