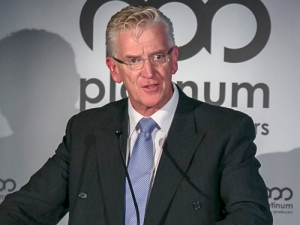 Six young agriculture professionals have been shortlisted for the 2016 Zanda McDonald Award.

The six – three from New Zealand and three from Australia – were selected for their strong leadership skills, being visionary and inspirational within their industry and for clearly demonstrating an unwaivering passion for agriculture.

Dean Rabbidge, 30, is a Southland dairy, beef and sheep farmer from Wyndham currently managing the family farm. Dean is also vice-chairman of the national Young Farmers Competition and twice a grand finalist.

Erica van Reenen, 31, is an agricultural and environmental consultant with AgFirst, based in Manawatu. Erica is also a trustee of the Te Araroa national walkway from Cape Reinga to Bluff and a Huntaway Festival committee member.

Zach Mounsey, 25, is a dairy farmer and an economist with DairyNZ. He is also chairman of the Otorohanga Federated Farmers group. Last month, Zach travelled to Argentina; he was selected by the Minister of Primary Industries to represent New Zealand together with Malborough farmer, Doug Avery.

Shane McManaway, award judge and chairman of the Platinum Primary Producers (PPP) – the trans-Tasman networking group behind the award – says all six wow-ed the judging panel.

"We were absolutely bowled over by all six candidates. Each one displayed a solid mix of intellect, understanding, drive, ambition, passion as well as strong leadership traits. These young people are doing some amazing work and are leading the charge on taking agriculture to the next level.

"The Zanda McDonald Award is all about helping agriculture's future leaders unleash their career potential for the greater good of the industry. Our task now is to choose three finalists, and then select a winner – who would clearly benefit from the prize package of a mentoring programme."

The judging panel – Emily Crofoot from Wairarapa's Castlepoint Station, Julie McDonald, head of finance at MDH Pty in Queensland, Troy Setter, CEO of Consolidated Pastoral, Charlie de Fegely, well-respected sheep farmer in Victoria, and Pat Gunston of Allflex are unanimous in their agreement that the calibre of award entrants shows that agriculture in Australasia is in a good hands.

The judges will now reconvene to decide on three finalists who will be invited to attend the PPP Conference in Wellington, in March 2016. The winner will be announced at the event.

Passion and innovation pay off

A Mid-Canterbury dairy farmer passionate about innovation and continued improvement has been named this year’s winner of the New Zealand Zanda McDonald Award.

A Mid-Canterbury dairy farmer passionate about innovation and continued improvement has been named this year's winner of the New Zealand Zanda McDonald Award.

An entrepreneurial approach to primary production has resulted in Rhys Roberts of mid-Canterbury receiving the 2022 New Zealand Zanda McDonald Award.

The Australian Agricultural Company (AACo) have signed on to partner with the prestigious Zanda McDonald Award.

Eight finalists have been for the 2022 Zanda McDonald Award. Two winners - one from each side of the Tasman – will be crowned in November.