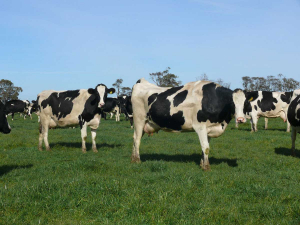 The plan would see cattle or deer grazing on irrigated land having to be set back 100 metres from a road.

The proposal seeks to increase the size of setbacks from roads, boundaries and neighbouring houses for dairy sheds, stock yards and “intensively farmed animals” in its draft district plan.

Farming groups are concerned that if successful, many other councils around the country may implement similar restrictions in rural areas.

Hort NZ South Island environmental policy advisor Rachel McClung describes TDC’s proposal as “quite extreme” and believes it would have a major impact on farmers and growers’ bottom lines.

“How do you physically keep the ‘intensively farmed stock’ 100m back from boundaries?” she asks.

“Do farmers retire a paddock, put in new fencing or change farming type? Surely this would devalue rural land in the district if it came into effect.”

“We have never seen in a district plan anything so unnecessarily restrictive for animals on pasture – particularly given we’re talking about farm animals in the rural zone,” she told Rural News.

Johnson says that, typically, this type of setback relates to intensive farm building structures. However, Timaru’s proposed approach restricts where on paddocks farmers can have animals on their farm.

“It’s significantly more restrictive than any government Essential Freshwater regulation rule,” she adds. “It’s worse in fact, as it doesn’t relate to intensity, or environmental effects.

“There’s no logical connection between district plan considerations and grazing animals or feeding animals on winter crops or irrigated land.”

Johnson says matters that relate to environmental impacts on waterways etc are dealt with through regional council plans.

“So, this really does fall under the ‘bizarre’ category.”

As proposed, the TDC district plan would mean any cattle or deer grazed on irrigated land, or break-fed on winter crops – as well as any pigs, dairy cattle (cows, calves, bulls, dry or in milk) – would all need to be set back 100m from a road, 100m from an internal property boundary, 400m from houses on adjoining sites or 100m from named zones.

“This would mean that farmers would lose a massive amount of productive land for no environmental reason,” Johnson explains.

“It’s effectively the Timaru District Council saying that the very sight of cows or deer in the countryside, within 100m of a road or 400m of a house is repugnant and unacceptable.

“Suffice to say that Federated Farmers will be challenging this all the way to court if necessary.”

Johnson says there is no cost-benefit evaluation that could substantiate taking out this massive area of productive land just to ensure ‘passers-by’ didn’t have to look at animals in the country.

“In our view, Timaru District Council is considerably overstepping the bounds of district plan considerations,” she concludes.

“Either that, or they completely misunderstand farming.”