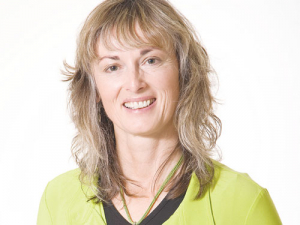 The Government announced last week a plan to establish a school of rural medicine within the next three years to train doctors for rural and regional areas.

Two proposals are now before the Government: one from the University of Waikato and the Waikato DHB, the other a joint proposal by the Otago and Auckland medical schools.

“It is our intention that the successful applicant will be known in 2018, with the new medical school to be up and operating no later than 2020.”

RHAANZ’s Thompson told Rural News the announcement is “definitely a move in the right direction”.

“Both the current proposals on the table have merits,” she says. “But we don’t have a collective view favouring one proposal over the other.”

Goldsmith says the new school would be geared to meet the challenges faced by high-need and rural areas and would train about 60 more doctors per year.

The cost will be finalised by the business case process but, for example, the Waikato proposal is based on Government funding of about $300 million over 10 years.

The Government’s contribution would be met by a combination of existing tertiary funding and future operating and capital budget allowances.

“It is heartening to see that the conversation we instigated last year when we proposed a new way of educating medical students at [the proposed] Waikato graduate entry medical school has been recognised and acknowledged.”

He says the solution needs to be a fundamental change in the way we select and prepare medical students for community service.

“Internationally, the countries successfully addressing these problems have done it by introducing a new medical education model rather than adjusting existing programmes. We owe it to NZ’s communities to get this right,” says Quigley.

The New Zealand Medical Students’ Association (NZMSA) welcomes the initiatives but is concerned that any further increase in medical graduates requires a corresponding increase of first year post-graduate jobs with the 20 district health boards.

The Rural Health Alliance (RHAANZ) seems promised a reprieve, and is now looking at restructuring rather than ‘hibernation’.

New Zealand’s umbrella rural health organisation will move to shut down if it does not receive government funding next week.

Stresses on rural people may have increased due to the cumulative effect of various pressures over the last few years in farming.