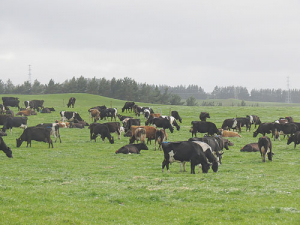 Winter has come and farmers are bracing themselves for a major animal rights campaign.

Farmers are bracing for a major animal rights campaign against their winter grazing practices.

The dairy industry is worried that the campaign will highlight cows bogged in mud while grazing on winter crops kale and fodder beet.

He is concerned about the stress and health and safety issues caused to stock and farmers by low flying.

“An aircraft hovering over mobs can stress them out; this can lead to breakouts,” he told Rural News. “For farm staff shifting stock this can also be a farm safety issue.”

Germann says the flying was two weeks ago but he cannot rule out further activity.

“It’s hard to know because farmers and staff are not always on the same property as their stock.”

Rural News understands Federated Farmers was tipped off about aerial blitz in early May. The campaign against winter grazing practices is believed to be spearheaded by a Waikato-based businessman.

Animal rights groups Fish & Game and Forest & Bird are denying any link to the campaign.

His main concern is that video footage could be doctored. But he concedes some Southland farmers need to ‘pull up their socks’ when winter grazing stock.

“Driving through the region you can see that some farmers are not following best management practice on farm in winter grazing, but it’s a small minority,” he says. “We think farmers in the last couple of years have improved winter grazing practices.”

DairyNZ chief executive Tim Mackle says there are simple winter strategies to help retain nutrients and soil within paddocks and ensure animals get enough lying time. These include fencing off wet areas in the paddock, grazing from the top of a slope so downhill crop can act as a filter, and having a plan for managing animals when wet weather hits, e.g. an area to stand off stock or a larger grazing area.

The statement said while some changes need to be implemented a season ahead, such as paddock and crop selection, others can be used now to minimise pugging and the associated soil disturbance.

“Across the sector we’ve been working together and with central and regional government, to review and improve the resources available and update our approach to help farmers improve their winter grazing practices,” Mackle said.

WAIKATO BUSINESSMAN Angus Robson has outed himself as the person behind a campaign to monitor to winter grazing in lower South island.

Robson told Rural News that he hasn’t started the campaign yet but says when it gets underway, it will last for up to four months.

He says the campaign is not against individual farmers but winter grazing practices by the livestock industry: Robson has been in touch with Federated Farmers, DairyNZ and Beef + Lamb NZ.

Federated Farmers says its members in Southland are reporting low flying aircraft over farms and this is causing stress to stock and farmers. However, Robson says his campaign is yet to get off the ground and he hasn’t done any aerial surveillance to date.