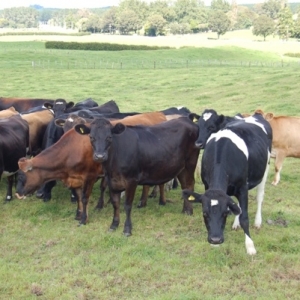 Agriculture was the only contributor to a 1% increase in labour productivity in the March 2012 year, Statistics New Zealand says.

Output grew 2.7%, with growth strongest in the agriculture industry, which increased 30%.

"The growth in agriculture output was the result of excellent growing conditions," Statistics NZ national accounts manager Rachael Milicich says. "If we excluded agriculture, labour productivity would have fallen."

In the March 2012 year, multifactor productivity, which measures how efficiently goods and services are produced in the economy, grew 0.7%. This was because outputs (goods and services) grew faster than the inputs (hours of labour, and capital, like land and buildings) used to produce them. Growth in this area shows more efficient production and is often associated with technological change, organisational change, or economies of scale.

Productivity is regarded as key to increasing New Zealand's standard of living and is a major driver of gross domestic product – the main indicator of economic activity. Productivity statistics cover about 80% of the economy and exclude government administration and defence, health, and education.

Farmers are urging banks to take a long term view of their businesses, now under growing pressure to improve their balance sheets.

Finance Minister Bill English says it turns out that the country is not as dependent on the dairy industry as we thought.

NZ's financial system is resilient and functions effectively, but risks to the financial stability outlook have increased further in the past six months.