An answer looking for a problem 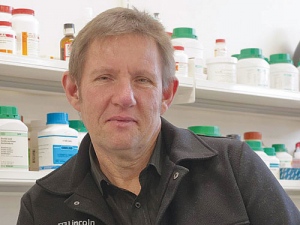 A series of research projects, funded by a series of government bodies, include looking at whether regenerative agriculture offers ‘naturebased’ solutions for climate change in New Zealand. The project has seen a number of ‘working parties’ produce 20 reports, the first four of which were released on October 29, with the rest to be released over the next few weeks.

Grelet says traditional agricultural science takes a linear approach: knowledge from a single research discipline (such as plant breeding) is shared from scientists to farmers, who might then adopt one change and observe the result.

She claims RA research demands a ‘complexity aware’ approach, in which farmers are research partners, and knowledge comes from multiple disciplines and sources of innovation.

He says the danger of using the term regenerative agriculture is the implication that how we currently farm in New Zealand is in some way degenerative.

Hickford warns against diverting an already limited public purse away from traditional research.

Meanwhile, in a foreword to the release of the first reports, it claims interest in RA has been steadily increasing among New Zealand farmers, industry, processors and marketers. The report says this highlights the need to better understand what it means in the New Zealand context – and for scientific testing of its claimed benefits.

It does, however, concede that RA’s definitions are “fluid and numerous” and vary depending on places and cultures.

“The lack of a crystalclear definition makes it a challenging study subject. RA is not a ‘thing’ that can be put in a clearly defined experimental box nor be dissected methodically.”

Grelet admits that RA is not a magic bullet, but she claims its grassroots popularity with farmers and incentives for adoption from some of the world’s largest food companies means it has potential for driving the transformation of New Zealand’s agri-food system.

But Hickford says the big challenge for regenerative agriculture is to show its value proposition to New Zealand farmers.

“We’re all for doing science but be wary about claims in the marketplace that are unverified.”

He notes that not only have the likes of the NZ Merino Company and Beef+Lamb New Zealand declared an interest in RA, but so have multinationals including Nestlé and Pepsi whose purpose is to “buy low and sell high”. He says this won’t necessarily be to the benefit of farmers.

Hickford says the argument that RA, like organics, has a high value proposition sounds compelling but is “untestable at this stage”.

“The net benefit economically of these systems might be quite small, if they exist at all. We’ve got to test it out, but I think you’re playing a high stakes game if you take the whole production system down a new and uncharted pathway.”

The RA research project has been funded by the Our Land and Water National Science Challenge, the NEXT Foundation and Manaaki Whenua – Landcare Research.

No Clash Between New and Old

Jon Hickford says agricultural scientists are already looking at the effectiveness of our farming systems and trying to improve them.

He says subjects such as the nitrogen cycle cannot be taught without covering its environmental and ecological impacts.

“We teach about the consequences and the impacts of farming at all levels, across most of the component disciplines of agriculture.”

New tools being developed through one of the Hill Country Futures programme aims to help farmers better manage sustainability and production across diverse landscapes within their farms.