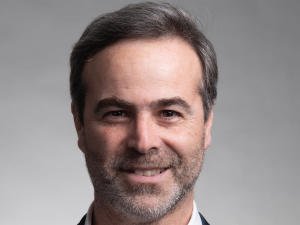 Animal foods can form part of a healthy, sustainable and ethical lifestyle, despite increasing claims to the contrary, says Lincoln University Professor of Livestock Pablo Gregorini.

His recent article, “Animal source foods in healthy, sustainable and ethical diets – An argument against drastic limitation of livestock in the food system”, argues that animal foods are evolutionarily appropriate and healthy for humans.

Gregorini’s article points to evidence that livestock farming is integral to the overall agricultural system, contributing to biodiversity and improved plant food production while creating food security and a path out of poverty for some.

However, many in the urban West deem animal foods universally unhealthy, unsustainable and unethical, something Gregorini says ignores the complexity of the food system.

“Whether any food production system is harmful or benign is extremely nuanced and depends on differing geographical and cultural factors. But mainstream – and mostly Western – narratives seem to want to simplify the global reality,” he says.

According to the paper, animal foods “offer a wide spectrum of nutrients that are needed for cell tissue development, function, health and survival”.

“The evidence has been challenged by various scientists, both for red meat and saturated fat, the latter of which is not exclusive to animal foods.”

High red meat consumption in the West is associated with several forms of chronic disease, but these associations remain weak in other cultures or when red meat is part of a wholesome diet, he says.

“The link between red meat and disease is especially obvious in North America and other modern Western countries, where meat is often consumed as fast food and where high-meat consumers also tend to have less healthy diets and lifestyles in general.

“In a Canadian study, eating more meat was only associated with higher cancer rates for people eating the lowest amount of fruits and vegetables.”