Another attack from Greenpeace 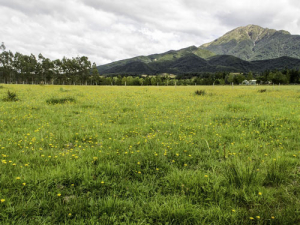 Greenpeace is calling for a ban on the use of nitrogen fertilisers.

The multi-national environmental activist group Greenpeace is again targeting the New Zealand farming sector, this time calling for a ban on the use of nitrogen fertilisers.

The group has spent the last few years blaming the agricultural sector for polluting the country’s waterways and rivers, campaigning against irrigation and criticising agriculture’s greenhouse gas emissions.

Now in its sights are the two farmer-owned fertiliser co-operatives Ravensdown and Ballance, which Greenpeace claims sell 98% of all fertiliser used in NZ.

“Chemical nitrogen fertiliser is the fuel that drives industrial dairying,” claims Greenpeace campaigner Gen Toop. “It is spread onto NZ’s dairy farms in ever-increasing amounts to grow more and more grass for too many cows.”

Toop says the use of nitrogen fertiliser has increased seven-fold since 1990.

“Chemical nitrogen fertiliser is a double-whammy for the climate and our rivers. It increases the number of cows, which increases greenhouse gas emissions and pollution of rivers. On top of that it directly emits nitrous oxide and leaches nitrate into waterways.”

Toop and Greenpeace accuse Ravensdown and Ballance of “profiting off environmental destruction”.

“It’s time the Government reigned them in and banned chemical nitrogen fertiliser.”