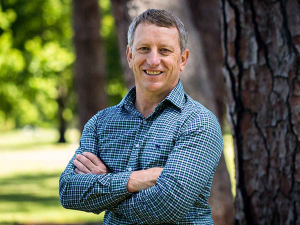 Beetham praised Labour’s decision, if elected next term, to require resource consent for any conversion of highly productive farmland (Land Use Capability Classes 1-5) into forestry.

Beetham said the decision is a “step in the right direction”.

But the NZFOA says Federated Farmers is asking the government to restrict the right of farmer members to plant trees or sell their land for forestry.

Association president, Phil Taylor, says he is concerned that Federated Farmers have taken a hard and emotive line since the election of their new executive late last month.

“The Feds have previously strongly supported the right of landowners to make their own decisions about what to do with their own land.”

“There are many farmers who have woodlots. Beef + Lamb NZ has recently stated that this amounts to 180,000 hectares over New Zealand farmland.”

“Much of this would have been planted by farmers who realise the long-term farming prospects on marginal country are not good, and they feel more economically secure in planting much of their farm in trees.”

Taylor says the Feds’ claims about the economics of afforestation, where export income and employment are lost, are wrong.

“Per hectare, per year, the export returns from forestry are way above the returns from sheep and beef farming.”

“Forestry will save many rural communities,” says Taylor.

“Mr Beetham demands government protection for what he calls his ‘vital food and fibre industry’. But, even before the recent wool-price crash, the yearly New Zealand export return from wool is only one tenth of the return from products made from wood - which is a fibre too.”

Taylor says he is amazed at the added demand that the government should also stop the more marginal land being planted in trees.

“Foresters have little interest in the highly fertile land. It is too expensive. But it’s unbelievable that Mr Beetham should insist that marginal East Coast country, with a Land Use Capability rating of six or higher, should also be considered for restrictions.”

“Some of this land can’t support farming any more. Much of it is in severe drought with NIWA predictions for this happening more often. These farmers are facing huge costs of fencing off waterways under the impending freshwater discharge rules.”

“These are farmers who want to sell out or plant productive forests themselves. However, the message from Federated Farmers is to tell the government to block this opportunity for their own farmer members.”