Are we too dependent on China? 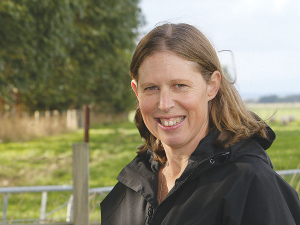 Is New Zealand becoming too reliant on China as a customer for primary product exports?

“The way I see it, yes we are selling a lot into one market. But it is a massive market with a lot of different moving parts in it,” she says.

“So it is a little bit like selling into Europe – there are many different religions or cultures…. There’s a lot of differentiation within China.”

She says NZ needs to be exposed more to Asia than to the developed markets because the economies in Asia are growing much more rapidly.

“So being exposed to Asia is a really good thing. It would probably be great if we were exposed to a few more countries to a greater degree than we are. But if we weren’t as exposed to China as we currently are the return back to farmers wouldn’t be as good.”

Kilsby adds that despite the warnings sounding about the global economy for a while, it is perhaps not impacting us so much here in NZ because we still have strong demand for our products.

She also says that after the Global Financial Crisis we did not have the impact on our economy that many other economies had.

“We grew our exposure at that point to China which was growing rapidly while the global economy was not as strong.

“We are reasonably well positioned at the moment, being exposed to Asia. It doesn’t come without its risks and some of that is regulatory and [some of it] access into China. It can flip on a dime for certain products. But it has certainly paid off for us so far.”

Kilsby says farmgate returns are quite strong across all sectors currently with the only headwinds being less certainty in the global economic situation. “There is never a whole lot of certainty but less at the moment with the majority of the major economies across the world slowing a little…. Lower GDPs and as a result central banks cutting interest rates to stimulate economies.

“But certainly from markets we are selling into at the moment we are still seeing good returns across the board.”

For the meat industry, many of those returns have been driven by diverting more product -- lamb and beef -- into China. In China, chain restaurants specialising in beef are growing in the big cities.

The Agrifocus report says the projected milk price of $6.25-$7.25/kgMS for the 2019-2020 season is more conservative than expected, but there are signs this will increase in future.

“Milk prices for the coming season are on track to be stronger than the current season,” Kilsby says.

“Demand could be impacted by slowing global growth but global milk supply is expected to be contained which should support strong prices in the year ahead.”

NZ beef exports have held up well through the peak processing season, and beef exporters are benefitting from two strong markets: China and the United States.

Investment in horticulture continues as returns from apples and kiwifruit outperform the rest of the sector.

A strong start to the kiwifruit season has resulted in record export returns and for the first time gold fruit is expected to outperform green.

“Gold fruit matures earlier than green and it yields well which helps drive higher returns. While all gold has been picked the green harvest continues.”