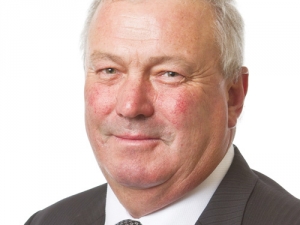 Auckland City councillor Bill Cashmore, a sheep and cattle farmer, says 70% of the Auckland region is rural and its ag sector contributes $2.3 billion to the economy.

Cashmore says that's why it is appropriate Auckland was included in the Ballance Farm Environment Awards – albeit for the first time this year since the awards started in 1993. The awards required the local council to get on board, which at last happened last year.

"There has been a consistent and concerted message from the rural parts of Auckland Council that they would like to be part of the Ballance Farm Environment Awards so they can benchmark themselves against the rest of NZ," Cashmore told Rural News.

Cashmore, who farms in south-east Auckland, and Penny Webster, from Rodney in the north, took this to the staff and discussed options with them. They concluded that the Ballance Farm Environment Awards would be a fairly good fit, he says. It was put through the council's rural advisory board and the council approved.

"The awards are a good opportunity for the best of rural in Auckland to showcase what has been going on for generations -- improving environmental inputs and sustainability," he says. That's showcasing to the urban area and the rest of NZ.

"The finalists showed there was outstanding work done there. It needs true recognition," he says.

He points to the example of the winners of the Auckland Council Water Quality Enhancement Award, Alan and Gael Cole, at Clarkes Beach, near Pukekohe, who have planted thousands of plants from their own nursery.

"There was one outstanding example after another of really good proactive management culminating in a rich environment including Richard and Dianne Kidd's well deserved supreme win," he says.

Cashmore says there are massive issues for rural in all of NZ, but particularly for Auckland.

"We have challenges: the urban growth is massive so we are losing land to greenfield projects at an alarming rate. But when you get the equivalent of Taupo's population arriving in Auckland annually, there is going to be an element of greenfields development. It is inevitable. There also needs to be... greenfields commercial development.

"That needs to be planned and delivered with the infrastructure and that is a timely challenge. You think of the amount of infrastructure there is in Taupo and we've got to do that every year.

"In the area from Papakura to the southern part of Franklin, which I represent, we will deliver a city the equivalent of Hamilton in the next 24 years."

But the $2.3b agricultural contribution towards Auckland's economy is not insubstantial and it is growing rapidly, he says.

There is huge capital investment in all forms of agriculture, particularly high-tech growth

"There are good news stories across all sectors of agriculture in Auckland -- grass, dairy, sheep and beef, hort – there's lots of really good work being done.

"One of the biggest challenges we have across the whole of NZ is water quality and in Auckland our biggest issue with water quality is stormwater inside urban areas.

"There's not one urban waterway in Auckland which complies with the basic requirements for water and there are two in the rural areas that don't – the rest do.

"But we all have to work to improve water quality – whether it is stormwater, heavy metals off cars and trucks and fuel emissions -- through to dairy which in Auckland is 92% of stock excluded from waterways.

"There's been a lot of great work there. The sheep and beef guys on the hills are working on fencing, natural barriers and doing all sorts of things to improve water quality. So everyone has to do their bit, whether it is urban or rural."

Farmer and Auckland councillor Bill Cashmore says he will be all over the Unitary Plan "like a hawk" when recommendations come out today from the independent hearings panel.

It's a simple equation: If Auckland spreads its housing into our fruit and vegetable production land - we all pay more for food.