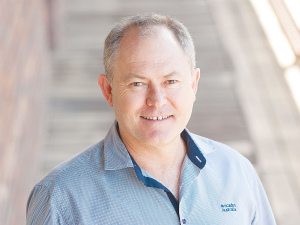 Australian growers want their consumers to buy home-grown avocados and ditch imports from across the ditch.

A bumper national production has caused a glut in the Australian domestic supply with imported avocados from New Zealand making the situation worse, local growers claim.

"We support our Australian growers so we want to see Australian avocados in stores," he says.

"Our exporters are committed to filling their orders and servicing those customer relationships," she told Rural News.

Media reports in Australia say farmers are dumping avocados as plummeting prices make it unviable to pack and send it to the markets.

Last month, Avocados Australia announced that the national avocado production was expected to continue to increase to 170,000 tonnes by 2026, more than double the 2020-21 crop of 78,000 tonnes.

Calling it 'the avolanche,' it claimed Australian avocado growers are able to more than meet demand and there was no need for imported avocados.

Scoular says New Zealand has been exporting avocados to Australia for more than 40 years. She says NZ Avocado exporters have built strong relationships with Australian retailers during the past 40 years.

“As the two key country of origin suppliers of avocados to Australia, New Zealand and Australia have had a long standing relationship of open communication and dialogue,” Scoular says.

“The increasing plantings of avocado trees in Australia has meant that an increase in Australian grown avocado supply has been forecast for many years.

“New Zealand has been developing alternative export markets across Asia for the past 10 years to reduce the reliance on Australia as our main export market,” Scoular adds.

But Australian growers want to see an end to imports. Tyas says it is supporting the Australian avocado growers.

“There is not a need for additional imported product to supply our domestic market this year. And this trend is likely to continue as, according to our forecast, production is expected to double over the next five years.”

Tyas admits that the current glut has been caused by an increased supply of avocados by Australian growers and not by imports from NZ.

“Growers planted a significant number of trees to meet demand and now they are in production this year,” he explains. “We have just reached a level where Australian production can supply the whole country all year round.”

The remainder of the New Zealand crop will be sold in New Zealand and exported to ten other countries across Asia and the Pacific – including China, South Korea, Thailand and India.

“NZ has tripled the volume of avocado exports to markets outside of Australia in 2021,” she says.

In early April next year, the world's leading avocado specialists will descend on New Zealand for the 10th World Avocado Congress.

Digging the dirt on avocados

Scientist Lucia Ramos is part of the epidemiology and disease management team at Plant & Food Research that's investigating avocado diseases and their management.