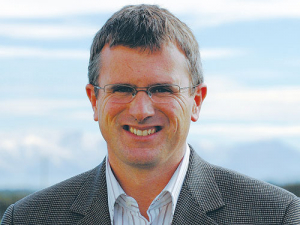 Synlait managing director John Penno says it is important for infant formula manufacturers to understand what Beijing is trying to achieve with the new regulations.

“They want infant formula to be high quality that their consumers can rely on; right now they have plenty of brands and that’s not a good position to be in,” he told journalists last week while presenting Synlait’s half-year results. “I don’t think anyone can argue with that; we don’t.”

At the recent China and New Zealand International Food Safety Forum in Auckland, the director-general of China’s Department of Food Safety Supervision (CFDA), Zhang Jing, said China has too many brands and formulas: 108 manufacturing plants churn out 2000 formulas. Jing says too many formulas add to the confusion caused by “exaggerated” labeling and advertising.

According to Penno, in the last six months Synlait has gained better understanding of the pending improvements to the Chinese infant formula rules.

“These changes have the objective of increasing the quality and safety of the products on offer to Chinese consumers, and significantly reducing the number of brands in the Chinese market.

“Six months ago the draft regulations indicated each company would be able to register a maximum of three brands. In the final amendments it became clear that the ‘three brand rule’ would be applied at a manufacturing site level, rather than company level.

“At the same time it was signalled that the hurdles for each company to maintain registration would be higher, and that scientific differences between brands manufactured at each site would need to be greater.”

Penno noted that regulatory change and overstocking of some brands has meant the last six months has been a time of much uncertainty for the infant formula industry.