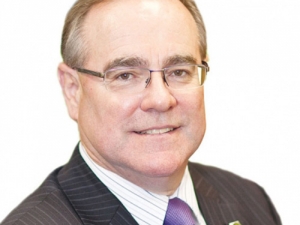 The industry is seeing off the varroa threat and strategising to keep New Zealand at the front of honey exporting.

With 1465 registrations, the Apiculture New Zealand conference, in Rotorua from June 19 to 21, is reckoned the city's biggest domestic conference ever, says conference chairman John Hartnell.

Apiculture NZ brings together the former National Beekeepers' Association and the Federated Farmers bee industry group. The Honey Packers and Exporters Association is expected to merge with the new body after its 50th anniversary conference next year.

Hartnell says the conference theme was unity and speaking with one voice.

A "very strong" seminar list of science speakers was complemented by three overseas speakers, on topics including bee health and varroa mite control, traceability and how to ensure NZ keeps its place as "the world's leading exporter of honey products".

The industry must get information on best practice to its many new apiarists; about 2000 newcomers registered in only 24 months.

"So there was a lot of focus on how we address that, how we work to look at alternative methods of managing varroa. Are there more organic-type methods we can use, and how do we bring that knowledge to what is probably 50% of the industry, who have less than three years experience?"

Bees are now being bred for varroa resistance.

"Beekeepers are selecting stock from apiaries which tend to be able to manage varroa themselves," says Hartnell.

However, reinfection from feral hives is no longer a problem, because feral bee populations have collapsed.

Traceability of product is another big concern. Electronic chipping of hives and product is at an early stage but could soon prove its worth.

"Because our products are such high valued the market is asking 'how can you guarantee that product is genuine NZ and can you trace that product back to the hive to prove its point of origin?'."

Of NZ's 7000 beekeepers, many were hobbyists but 800-900 are commercial or semi-commercial operators responsible for 95% of all hives, and these would benefit from improved traceability.

"In the international markets -- China, Singapore, Hong Kong or the UK – everybody's very aware of the need to be vigilant to eliminate this grey trade, because it's detrimental to NZ and to the consumers in the markets where the product's sold."