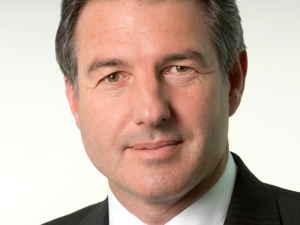 Fonterra is pouring at least $1 billion into plant upgrades to improve efficiency and boost returns to farmer shareholders.

The co-op’s single biggest investment is at its Lichfield plant at Putaruru, South Waikato, where about $400 million is being spent on a new milk powder drier and a dry store facility. Work started last October and will finish early next year.

This month Prime Minister John Key visited Lichfield to get an update on the expansion, telling Fonterra workers that the outlook for dairy remains strong despite the low milk payout to farmers this year.

Fonterra managing director global operations Robert Spurway, who briefed Key at Lichfield, says the plant upgrades are part of its ‘V3 strategy – volume, value and velocity’. “These projects are about adding value for our farmers.”

The drier at Lichfield will one of the largest and most efficient driers in the world.

Fonterra is competing with independent processors for milk supply; the low milk payout is giving rise to talks about some shareholders mulling their supply options.

Spurway agrees that such investments help retain suppliers and attract back suppliers who may have switched from Fonterra to independent processors.

This month the Lichfield plant also held an open day for local farmers and residents.

Spurway says such projects generate interest among farmers. “Local farmers and shareholders look with interest at what we are doing; without a strong shareholder base in the vicinity of such large plants, we can’t maximise efficiency and profitability.”

Spurway defends the decision to invest in a milk powder plant rather than a higher value-product plant, pointing to the co-op’s food service and ingredients UHT plant at Waitoa, the doubling of cream cheese capacity at Te Rapa and doubling the food service mozzarella plant at Clandeboye.

“We look at demand available for those products and we also look at our requirement to process all milk that our New Zealand farmers supply,” he says.

The Lichfield plant will be commissioned about mid 2016. The new plant will add another 70 jobs, taking the total workforce to 240.