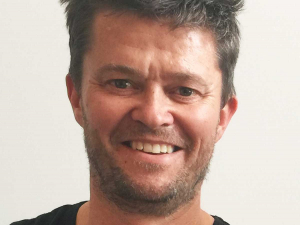 That’s the idea behind the Cacophony Project – so named because it aims to restore the “cacophony” of native bird song to New Zealand’s bush.

He told Rural News this is because current systems rely on the predators actively responding to food or other lures to enter traps or monitoring devices, but in practise they soon learn to ignore them.

Instead, Ryan’s Cacophony Project has developed technology using thermal cameras to image animals by their own body heat, and artificial intelligence pattern-matching to reliably identify the various species and distinguish between friend and foe.

The next step will be to develop trap and kill methods that target the pests.

But Ryan admits progress is slow partly because of the need for backers.

“Most people don’t think you need anything as complicated as what we’re working on.”

He says he will use his own money to develop the paintball gun idea.

Ryan says the traps he calls “food whackers” – traps which whack predators after luring them in with food - are fine for suppression but won’t achieve full eradication. They do well initially in a fresh area, until the pests learn to ignore them.

Using its thermal cameras, the project has video of rats and other predators wandering around traps and monitoring tunnels without going in.

“Whenever we show something like that we get a lot of pushback. ‘You have set the trap up wrong; you haven’t got the right bait’. But we see it consistently over and over so we’re convinced that it’s actually happening.”

He says they looked at trap density and catch rates from the 60 best-monitored projects in New Zealand and worked out that the only way for the numbers to match was that predators were ignoring the traps.

“Once you acknowledge that, then if you look at what people are trying to do to improve it - which is to automate traps or put automatic feeders or slight improvements to cost - none of them actually make much difference because they still walk past.

“It is actually a fascinating problem because almost everyone assumes if you put a device out there, predators will come along and seek it out and stick their head in it.

Ryan says the project is now working on a couple of ideas.

“We’ve got a ground-based live capture trap that’s about a metre square that looks more open than any of the other devices. We’re just starting to test and play with that,” he told Rural News.

“But the ultimate one that we think will be really effective is a paintball gun with a toxin in it. All of the predators we’re looking at are groomers and there are other projects that have worked out if you can put toxin on their fur they’ll lick it off and die.”

Ryan says most of those require them to crawl into a box that they don’t want to.

“We think we can target them with our artificial intelligence and thermal camera.”

The method would minimise poison input into the environment and also reduce by-kill, he claims.

“At the moment, the reason all traps have physical enclosures is so the birds don’t get in and get caught. But when you use a digital trigger instead of a mechanical thing, you can be a lot more accurate and have a much more open trap architecture. We can have birds wander into our trap and it just doesn’t go off.”

Ryan says people are sceptical of his high-tech solutions because of an unwritten rule that traps can’t kill everything, therefore have to be cheap, plentiful and kept in place long-term.

But he believes his paintball guns would ultimately be more cost-effective because relatively few would be needed, in a line progressively moved through an area to sweep it completely clear of predators.

“We don’t think there’s any way to get to zero with food whackers.”