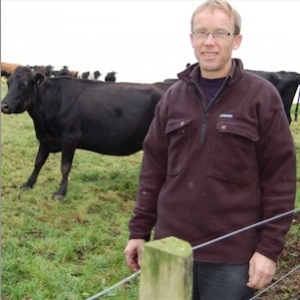 "I would like to welcome Leonie to the role and congratulate John and David on their re-election," says Brown.

"The council will continue to maintain a strong and effective working relationship with the board."

He also congratulated Penny Smart, Malcolm Piggott, Wilson James and Ellen Bartlett, elected from their respective wards to serve on the council.

James joins Matt Pepper, Shaun Lissington and Emma Hammond, who were elected earlier in the process, as new councillors.

"Succession is important for our council and the co-op and I welcome Matt, Wilson, Shaun and Emma. I look forward to working with them and all returning councillors and trust they will represent their shareholders and the council with diligence and integrity."

"When you witness the efforts that these councillors have gone to on behalf of the co-op, which most people never see, it is incredibly humbling and something I greatly appreciate.

"It speaks volumes about the individuals and their passion and commitment for their fellow farmers and our industry."

Brown praised the efforts of shareholders and thanked them for their participation in the elections process.

"The health of our co-op rests with shareholders and their willingness, as owners of Fonterra, to participate in the decision making processes.

"Fonterra farmers value the principle of 100% ownership and control and it is important that they continue to demonstrate their commitment to this."