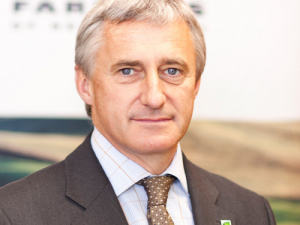 With the case of the Pexa-Vec cancer trial in Auckland and the new restrictions under the Auckland Unitary Plan, giving regional and district councils the ability to control GMO technology is not prudent.

"Full control of GMOs should sit with the Environmental Protection Authority, which is part of central government.

Feds applaud the government’s decision to look into the authority of regional authorities to manage GMOs after a High Court ruling this week.

"The Royal Commission on Genetically Modified Organisms held in 2001 concluded that coexistence of GM and non-GM was possible and that New Zealand should proceed with caution on a case by case basis while preserving our opportunities."

Councils applying wholesale bans on the outdoor use of genetic modification are contrary to this recommendation and limit the choice of farmers to use technologies which have been assessed as safe by the EPA.

"It also flies in the face of science which has shown the use of the technology to be safe in food production based on two decades of use around the world," Dr Rolleston says.

While there have not been any developments in commercial use overseas which have been compelling for New Zealand farmers, there are a number of applications in the pipeline which could be of considerable benefit such as the high energy grass developed by AgResearch which based on laboratory work will increase production as well as decrease methane emissions, nitrogen leaching and water use each by between 20 and 40%.

Another example would be using gene drive to eliminate possums and stoats from New Zealand’s shores, giving reality to the government’s’ goal of a Predator Free New Zealand by 2050.

Scion is also working on GM pine trees to accelerate breeding, improve wood quality and deal with the problem of wilding pines.

"We have seen that overseas 90-95% of farmers have used genetically modified organisms when they have been permitted to do so.

"At the end of the day farmers in every district deserve to have choice to use technologies which have been assessed as safe by the EPA."