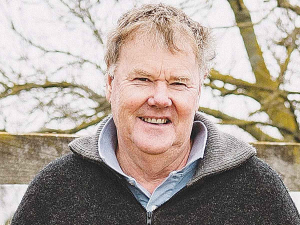 Former Wool Board member Lochie MacGillivray believes those who decided to get rid of the wool levy have a lot to answer for.

The former Wool Board member and now farm consultant's comment follows the release of the Government-commissioned report on how to revitalise the strong wool industry.

The price for strong wool is in some cases fetching as low as a dollar a kilogram.

MacGillivray, a long-time advocate of the wool industry, says it saddens him to see the state it’s in at present. He says the experiment to try and forge ahead without any marketing or promotional effort has been a dismal failure.

“My major concern is that, if we wanted to resurrect, the knowledge and skill set to do this has probably departed and it would take an awful lot of effort to resurrect the skills and knowledge to implement a promotional effort,” he told Rural News.

MacGillivray says when he and his wife went to a store recently to buy new carpet and asked specifically for wool, the conversation with the sales person lasted a mere 30 seconds before there was a strong pitch made to buy synthetic carpet – which they resisted and insisted on wool. He says the reality is that the nylon product was really good, and that wool hasn’t been able to keep up with nylon in terms of colour blends, fading and moth issues.

“I was involved in the Wool Research Organisation of NZ (WRONZ) and we had a whole list of quite cool initiatives coming out of that.

“For example, wool that would not fade in the sunlight and kept its same colour, innovative designs that prevent moth attacks and different uses of wool.

“Now all of that has just sat around and gone nowhere since my days on the Wool Board. What also makes me pretty sad is that we have lost some very talented people, such as Garth Carnaby and John Grainger, who invested their life in the wool industry.”

MacGillivray says years of product development have been lost and the gap between synthetics and wool is widening. He says with the lack of marketing, consumers are not being messaged about the intrinsic benefits of wool and their knowledge and confidence in the product has been eroded.

“There is a whole generation of interior designers and architects who are completely ignorant about the values of wool.”

MacGillivray also claims the technology for the manufacture of strong wool has also fallen behind that of synthetics. He says machines manufacturing nylon can operate at greater speeds than those for wool, which makes their products more competitive.

“A lot of the traditional wool manufacturing machines are getting outdated and there are a limited number of manufacturers who produce those sorts of machines now. So, the whole thing has just gone backwards since the Wool Board days and I don’t know how we recover from that.”

He says the problem is not just in the promotion of wool, but are also starting to show in the raw product. MacGillivray notes that if you go to a wool shed today it’s likely you will see black spots in a fleece and fibre. He says there is a general deterioration in the quality of many fleeces.

He adds that shearing is now becoming a cost and an animal welfare issue for farmers given the low prices for wool. Industry sources tell Rural News that many farmers are just shearing their sheep once a year and that the amount of second shear wool is down.

MacGillivray says this whole trend is somewhat ironic given the effort that was put in, many years ago, to get better genetics to improve wool quality.

“Unless something is done, farmers may start looking for genetics that produce less wool or more self-shedding sheep such as the Wiltshire.”

MacGillivray says when the decision was made to abolish the wool levy, the politicos at the time believed that the industry would pick up costs and do the job. Farmers at the time felt they were not getting a benefit from the 3% levy.

“How wrong they were. If things are to change, considerable investment will be needed to restart the engine,” he says.