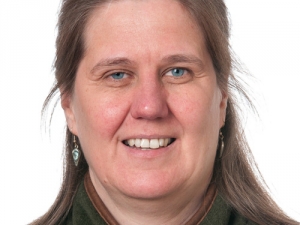 A Lincoln University expert is warning of the cost of focusing on producing food cheaply.

A report into European farming policy 'Does the CAP still fit', co-authored by Lincoln University Professor of Farm Management Alison Bailey, says there is overwhelming evidence at local, national and global levels that food systems need to change.

The paper was for the Food Research Collaboration on the European Union's Common Agricultural Policy (CAP) which provides support to Europe's farmers.

She says, although the CAP is subsidy based, the report contains messages for the New Zealand farming community.

"Agricultural policy across the globe has always tried to do a number of things under the umbrella of supporting the farming community in commodity production.

"This never thoroughly addresses the original, nor additional, objectives."

The report says that for a number of reasons – environmental, public health, economic and social – the model of food based on producing ever more food, ever more 'cheaply', has had serious negative impacts.

This includes the environmental costs of intensive farming and biodiversity loss, while overall food production is a major cause of climate change.

This is true for both Europe and New Zealand, Professor Bailey says.

The report calls for the CAP to move away from focusing on farming to become a Common Food Policy.

"We should not continue to eat diets which add to climate change, pile on costly burdens of disease, and maintain a fantasy that food systems can continue to be fossil-fuel based in an era of rapid climate change."

CAP was still too focused on farming when it needs to reconnect with public health, ecosystems and feeding people well, Professor Bailey says.

The United Kingdom, like all European Union (EU) member states, needs to review its entire food system, regardless of the outcome of the upcoming referendum on EU membership, the report says.

Bailey says New Zealand could well do the same.

To access Does the CAP fit? Go to http://foodresearch.org.uk/does-the-cap-still-fit