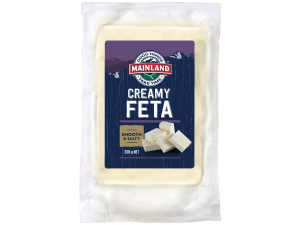 New Zealand cheesemakers awoke to news they could lose the rights to use key cheese names due to the free trade deal announced overnight with Europe.

A free trade deal announced with Europe overnight will see the loss of generic names like feta although negotiators have agreed on a nine year lead time for this change.

The FTA also allows Europe to restrict new names in the future.

“Particularly concerning is that Europe has succeeded in including the right to restrict new names at a future date.

“This creates uncertainty and makes it hard for New Zealand operators to invest in their businesses with confidence when the threat of a loss of equity in the intellectual property of traditional cheese names looms.”

“The loss of a generic name like Feta gives us grave concerns that other generic traditional cheese names such as Havarti and Haloumi will soon be up for discussion too.

“It creates an uncertain environment for New Zealand specialist cheesemakers.  We are now calling on the government to support industry and to work with us to create a New Zealand naming system which can be protected and invested in.”

The trophies awarded at last night’s gala awards dinner followed judging of more than 380 cheeses from across NZ at Wintec in late February. Master Judge Jason Tarrant led a panel of 36 judges to assess the cheeses.

The four Supreme Champions are: