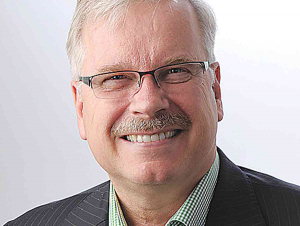 Stephen Jacobi says the motivation of the three countries to join the CPTPP is a mixture of geopolitical and economic issues.

Others to recently announce their intentions to join are China and the UK.

The CPTPP is a free trade agreement (FTA) between Australia, Brunei Darussalam, Canada, Chile, Japan, Malaysia, Mexico, Peru, New Zealand, Singapore and Vietnam which was signed by the 11 countries in March 2018.

If the potential new entrants to CPTPP succeed with their applications, it has the potential to provide new trading opportunities and in particular reduce tariff barriers to NZ’s primary exports.

Britain was first to announce its plans to apply for membership, and just few weeks ago China proclaimed its intention to also apply for membership. NZ International Business Forum (NZIBF) executive director Stephen Jacobi says the motivation of the three countries to join the CPTPP is a mixture of geopolitical and economic issues.

“The UK is wanting to demonstrate firstly that there is light after Brexit and that it can play a role in the international sphere by presenting its free trade credentials,” he told Rural News. “Its bid to join CPTPP is quite a bold statement, which has a political message but is also economic and, although they are not part of the Asia Pacific region, they are nevertheless reasonably well positioned to join.”

Jacobi says China is a little different and he wonders if it is partly about it trying to fill a vacuum left by the USA not joining – a move by China to demonstrate their leadership on trade. He says there is a debate taking place about China’s motivation for applying for membership of CPTPP and while he doesn’t discount the political factors, Jacobi cannot believe they are just flying a kite.

“But they may have difficulty when it comes to meeting some of the membership requirements of CPTPP, especially around the rules relating to digital trade, state owned enterprises, intellectual property and labour. If their bid is to be successful they will be required to make some changes.”

Jacobi says if China were to join, NZ should welcome the move because we are trying to find a way to engage with that country in a more positive way.

From NZ’s perspective, China joining the CPTPP may help – especially in regard to dairy exports. When the NZ/China FTA was negotiated in 2008, China insisted on safeguard clauses being inserted, which means that once dairy exports to China reach a certain threshold, tariffs kick in.

The problem is these were set at a level which in 2008 looked good for NZ but are clearly out of date given the volume of NZ dairy exports to China today. These are due to expire in 2024.

Chair of the Dairy Companies Association Malcolm Bailey says if China wanted to make quick progress to join the CPTPP, he’d like to see the issue of the safeguard clauses become part of that negotiation.

“In principle, I am supportive of China’s approach. Every expansion of the global trade agenda is a good thing and there is a strong correlation to opening up trade and welfare of people worldwide,” Bailey told Rural News.