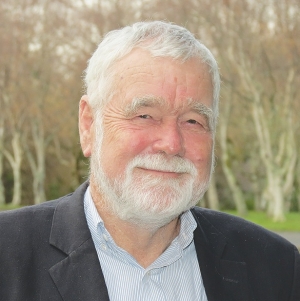 WIDESPREAD CONCERN about the welfare of fully housed cows in New Zealand is not well-founded, says the chair of the National Animal Welfare Advisory Committee, Dr John Hellstrom. If such systems are good, animal health should improve, he says.

In a paper delivered at the recent NZVA annual conference in Palmerston North, Hellstrom argues that many large-herd cows kept outside all their lives suffer poor welfare at certain times of the year.

“The provision for shade and shelter for outdoor grazing is still inadequate on many dairy farms. While the use of housing and stand-off pads is increasing, there are examples of poor animal welfare because some of these facilities are poorly designed or misused. Another potential animal welfare problem related to intensification is the risk of a skills gap developing between cow handlers and the increasingly complex welfare demands of intensive production systems.”

In respect of overall animal health, Hellstrom says intensive systems should lead to an improvement, provided good management systems are in place. But he acknowledges a risk of disease spreading rapidly in an intensive operation.

Intensive farming is relatively new to New Zealand and Hellstrom says we can learn from mistakes made in such places as Europe. Most cow housing now built in New Zealand is more sophisticated than has been traditional in Europe.

Also of concern is lameness, resulting from a combination of the distance some cows have to walk and state of the races.

“If you get a lot of animals walking down big races that are not well maintained and if they have a lot of metal or are very muddy you end up with foot problems for sure – both lameness and footrot. I am not able to say if it’s increased, but there are certainly new strains of organisms turning up and some of them are nastier than they we have traditionally had.”

A good outcome from intensification is achieved by good farm layout and having smaller mobs of cows for milking, Hellstrom says. New green-field operations have the best chance of getting this right.

“My key message is that intensification can work provided there is adequate animal welfare planning from the start; but if it’s not built in then things are likely to deteriorate.

“Animal welfare considerations have to be central to the planning. Intensification looks pretty inevitable; it’s a case of getting it right, not trying to deny it.”

Fonterra farmers will start the new season with strong cashflow, thanks to an opening forecast with a record midpoint of $8/kgMS.

Good news for Fonterra farmers: the co-operative has announced an opening forecast farmgate milk price range for the 2021-22 season of $7.25 - $8.75/kgMS, with a midpoint of $8/kgMS.