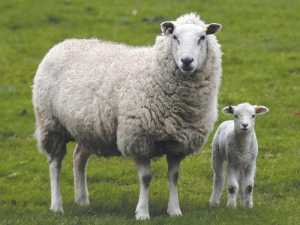 It's important to have at least one cooperative in the meat industry, says a senior lecturer in agribusiness management at Lincoln University.

Nic Lees’ comments come as speculation mounts over whether a foreign investor is poised to buy a stake in Silver Fern Farms. As Rural News went to press no such move had occurred.

But Lees points out that the history of the meat industry shows it began in foreign ownership – mainly British -- and when they moved away slowly the cooperatives emerged. He says at present the industry presents a picture of mixed ownership: ANZCO is owned by Japanese and AFFCO by Talleys; and there are the two co-ops.

The word cooperative can mean many things, Lees says.

“The only true co-op is Westland Milk Products in that it has a nominal share value with profits either paid out through the milk price or by way of bonus shares or other things like that,” he told Rural News.

“With a traditional co-op you don’t have an appreciating share price and you certainly don’t have [share] trading. So in that regard both Fonterra and SFF have changed from that model and are hybrid co-ops in which you can buy shares.”

Lees says the traditional co-op has many challenges including how it treats new entrants, as opposed to how it treats those who have been paid-up members for many years. He believes problems start to develop when a co-op develops a brand and this influences the share price.

“Generally farmers invest in a co-op to guarantee their milk price or their meat price; what farmers want is the maximum payout on the product,” he explains.

Lees says only farmers can decide whether they are better to supply a co-op or a private company.

Meanwhile, Federated Farmers Meat and Fibre chairperson Rick Powdrell says the rumours and speculation around SFF are not doing any favours to anyone.

He says he’s heard nothing definitive about what might happen and says SFF is playing the issue close to its chest. Powdrell says if a foreign buyer became involved, things could get very interesting; farmers will ask questions if this scenario were to eventuate.

Meanwhile, farmers have been warned that Silver Fern Farms will soon announce its proposed recapitalisation ‘that sounds like a joint venture with a Chinese company’.

“This effectively signals the end of farmer control of the red meat sector in New Zealand,” claim Jeff Grant and Gayle Cowie – who are agitating for the shareholders of both Alliance and SFF to force a merger of the two co-ops.

In an email to MIE supporters, late last week, Cowie and Grant, say the SFF Board has already held a series of confidential briefings with “influential” farmers to take them through the proposal.

“Undoubtedly SFF shareholders will be offered all sorts of sweeteners and financial incentives to encourage farmers to vote in favour of the proposal. On the surface it might look extremely attractive. But that would be a short term view and an ill-informed view.

Cowie and Grant urge all red meat farmers take time to understand the ramifications of this deal.

“NZ farmers must vote it down or in short order we will become price takers and lose control for future generations of beef and sheep farmers,” they claim.