Designers carry the flag for wool 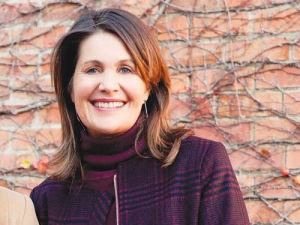 The inspiring way in which Australia promotes wool used in its fashion and interiors sectors prompted Auckland fashion editor and stylist Anna Caselberg to initiate a fashion wool week this year – ‘Choose Wool 2015’.

The inaugural ‘We’re loving Wool’ week last year involved a number of New Zealand high fashion designers, with a major kick-off event – including sheep shearing – in the trendy Britomart precinct of Auckland. It was organised in conjunction with Elders Primary Wool.

Caselberg says the designers were asking if it was happening again, but despite funding not being available from the farming sector this year for the fashion wool sector, she decided “let’s just do it”.

Twenty designer window displays were got up for the ‘Choose Wool 2015’ initiative, held June 8-15. A campaign image depicted a girl in a wool coat made by Beverley Forrester from the South Island’s BlackHills which produces yarns and fashion from its own sheep on its Canterbury farm. Forrester also met some costs of the promotional material for ‘Choose Wool 2015’.

The designers were mainly in Auckland, some in Wellington. Caselberg had reports that the campaign brought people into the stores asking questions and generally raised awareness of wool.

In the South Island she suggested to fashion brand Untouched World that they emblazon winter fashion images and Choose Wool 2015 on a ‘sustainable’ car to tie in with the sustainable image of wool; they used a Nissan Leaf electric car sponsored by Cockram Nissan.

Caselberg says together with major knitwear brand Standard Issue they have launched a tertiary design competition for students, to stimulate interest in designing in wool. Make Wool Modern will be judged next week. The winner will get work with the company’s principal designers as they create their next range. Caselberg would like next year to approach the interiors sector about getting involved, especially given the prevalence of strong wool in New Zealand.

“Any way we can educate the public to think about wool, especially in our sectors, is the aim of these initiatives,” she says.

She admires the way Australian Wool Innovation and Woolmark get behind fashion and elevate wool continually over the Tasman and around the world, she says.

“I am stimulated by what they do, but in our country we have no one championing the use of wool in fashion and interior design, yet it is being used in those products. It needs to be talked about and shown.”

Caselberg says she has always been pro-wool as a fashion stylist and editor, and formerly did media shows for the Wool Board.

“I have loved wool for a long time and now that there is an international Campaign for Wool it is time to get in behind them. It is fantastic what we do with wool; we need to keep the conversation going with consumers.”

She says some people even in New Zealand do not know wool comes from a sheep. “It’s not as if we don’t have an industry; it’s being used in fashion and interiors. But it’s not being talked about how fabulous it is.”

The motto for the event this year was ‘Choose Wool – Support New Zealand’s over-achieving fibre’ and all its attributes were named.

“We want to shout loud. I do it myself because I’ve got the support of all the design companies. I am very motivated to support wool; New Zealand has to have its hand up.

“We are hoping for a bigger event backed by farmers next year. This is year two; we will keep the conversation going and as soon as the farmers can support it I know they will.

Caselberg also plans a Wool Show at Vector Arena as part of Fashion Week in August.