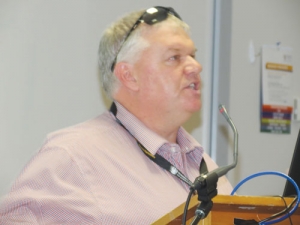 There's a call for a different approach to dealing with natural resource management issues in the hill country.

Hawkes Bay Regional Council's land management team acting manager Nathan Heath says it needs to be much more in tune and adaptive to the needs of communities that depend on the hill country for their livelihoods and wellbeing. He believes the process driving change in terms of freshwater management and intensive land use has been largely adversarial, which he claims often leads to a disconnect between what is desired through plans and what can be practically implemented.

Heath says changes are taking place in the hill country and what's there and what's done in nearby rural communities have economic and social effects on each other.

While Heath says policy makers need to be better informed about the hill country, he often notices a stubbornness that exists in rural communities. He says they want to be left alone and don't see the need to change. He believes there is a need for some real conversations to take place.

He says things like profitability are an issue for hill country farmers and notes that while their profits are low, their drawings are high. He suspects some of this goes to educating their children at schools outside the district.

He says another example of farmer behaviour that can affect a community is where farmers don't kill their stock at the local works and take them out of the district.

"They may get a few cents more for their stock, but have they considered the social implications of what they doing?"

Heath says before new rules and regulations are introduced, those in charge of this process need to look at new ways of talking to people. He says people should be talking about possibilities and not challenges.