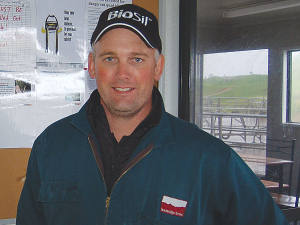 They still want an end to the open entry/exit provisions of the Dairy Industry Restructuring Act (DIRA) and an end to Fonterra providing subsidised raw milk to rival processors.

However, in proposed DIRA changes the Government has retained the open entry provisions but has allowed Fonterra the right to refuse milk from suppliers who are “not compliant with the co-op rules and from new dairy conversions”.

The requirement for Fonterra to supply regulated milk to independent processors with their own supply of 30 million litres or more in a single season has also been removed.

“We end up in the situation where some farmers will be cherry picked and Fonterra is still required to accept everything else,” McGiven told Rural News. “Although the proposed milk standard clause could help alleviate this.”

McGiven said, as an example of this, that if he wanted to supply Tatua he would be “unable to as [there is no requirement on them] to accept me or my supply, which may mean the building of new plant to process that extra milk”.

He says it is “illogical” for Fonterra to have to supply new start-ups if they are simply going to export the milk.

“DIRA was set up to protect the domestic milk market -- consumers as well as farmers -- and if these new processors are simply exporting their product then they are completely by-passing the domestic market, as well as possibly undercutting the other processors who have established markets and customers,” he told Rural News.

“If DIRA was better applied in this way then we may be able to de-link the international price for dairy products that applies to the domestic market as there would be much more competition at home.”

Federated Farmers dairy chairman Chris Lewis sees some useful changes approved by the Government. However, he believes it has missed an opportunity.

“It’s nearly 20 years since this legislation was passed to ensure that, with the formation of Fonterra, competition for farmer milk supply and dairy product choice for consumers were preserved. The market is now mature enough, and competition among a host of processing companies is robust enough, for Fonterra to be given some discretion over who it is required to pick up milk from.”

Lewis says giving Fonterra some leeway to refuse milk pick-ups is good. However, he wants more details on how the Government will describe a new dairy conversion.

“We’re also pleased that the amended DIRA will give more clarity on when Fonterra can refuse supply when a farmer is well below industry standards relating to the environment, animal welfare, greenhouse gas emissions and the like,” he added.

“There are some farmers who have demonstrated their unwillingness to come up to the standard of all the other shareholder/suppliers out there.”

Lewis says that as with other aspects of the government’s DIRA announcements the devil will be in the detail.

The changes proposed to DIRA will now be progressed through Parliament. The industry will have another chance to have its say on the changes during the select committee process.

Lewis says Federated Farmers looks forward to taking part in the consultation process with the select committee to help ensure the details of the bill are fit for purpose.