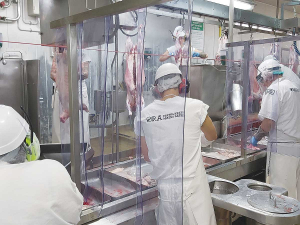 A report from ANZ suggests overall demand for sheepmeat is subdued.

A report by the ANZ bank paints a somewhat sombre picture for sheepmeat in the coming year and mirrors a similar prediction in MPI’s Situation and Outlook for Primary Industries report (SOPI) published in December.

ANZ says, overall, global demand for lamb products is relatively subdued and as a result farmgate prices for lamb and beef are expected to soften further as the country heads into the peak processing months.

It says while international prices for NZ lamb and beef seem to have stabilised after a fall, the strong NZ dollar is taking the edge off farmgate prices. Lambs destined for slaughter in the North Island are fetching $6.50/kg CW and $6.40/kg CW in the South Island, but the report expects these to fall to around $6.00/kg CW by February.

It notes that with plenty of feed around, farmers have been holding onto stock. But Rural News is aware that in some parts of the country the quality of feed has been so poor due to the rains in November and December that farmers have been unable to get their stock up to saleable weights.

Processing of lamb at the works is nearing capacity, but the report notes that some processing plants are struggling to operate at full capacity due a shortage of workers.

ANZ says fewer lambs are going on the store market as farmers rebuild their flocks, which they had to reduce in last season’s drought.

On the international front, the bank’s ag economists say the price of lamb legs being sold in the UK has firmed slightly as a result of the Brexit deal, which they say has removed some of the uncertainty that existed in that market. The report also points out that with other markets, such as China opening up to NZ lamb, dependence on the UK market has reduced.

In terms of beef returns, it seems that the rising strength of the NZ dollar is a major factor. ANZ says while a strong dollar signifies a strong overall economy, this is of little consolation to beef farmers. It says the current schedule prices for bull beef are between 6-11% lower than normal for this time of the season. Prices are tracking at just above the $4.50/kg CW – the lowest they have been since 2015.

In terms of the NZ dollar, ANZ predicts that it could go higher by the end of the year – reaching US$.74 – and adds that this is partly due to global trends pushing down the $US. There is also a warning related to Covid 19, which states that disruption to shipping schedules and lack of cool store capacity could cause processing delays later in the season.