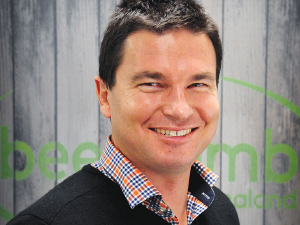 Nick Beeby says the number of NZFAP-registered suppliers has grown by more than 700 over the last year.

More than 8,000 farm businesses are now signed up to the New Zealand Farm Assurance (NZFAP) programme – along with several red meat and wool companies.

He says the number of NZFAP-registered suppliers has grown by more than 700, while member businesses have more than doubled in the last 12 months.

“There are now more than 40 red meat and wool companies and industry organisations working together for the good of the primary sector,” Beeby says.

“That’s important because the opportunities and challenges we face as a sector are far greater than any one organisation can do by themselves.”

He added that a key priority over the past year had been to engage with the wool and dairy sectors to grow membership and cover a broader number of farmers and animals.

“It’s rewarding to see 23 wool companies seek and gain membership over the year. Ultimately, NZFAI is delivering,” Beeby claims. “We are increasing the number of registered farmers and reducing duplication, the number of audits and costs across the industry.”

NZFAI general manager Megan Mounsey-Smith says ensuring all its standards were fit for purpose and future proofed has been a priority, with the latest version of the NZFAP rolled out in October and the new voluntary on-farm standard NZFAP Plus going live.

“We now have an independently audited standard, which ensures that our farmers and meat companies can be recognised as global leaders in the growing conscious consumerism trend,” Mousey-Smith claims. “In a recent Beef + Lamb New Zealand survey of 500 farmers, 38% indicated interest in becoming NZFAP Plus certified, so the opportunity is significant.”

Meanwhile, a programme is also due to get underway to digitise the organisation’s assurance process to ensure seamless transfer of data across supply chains.

She adds that making the process as easy as possible in the way supporting audit evidence is collected and received for farmers and auditors, will ensure NZAFP members can extract as much value from the market as possible.

What's It All About?

These were originally developed under the Red Meat Profit Partnership (RMPP), a joint Primary Growth Partnership initiative between the New Zealand red meat sector and MPI.

The programmes aim to provide confidence and certainty to consumers worldwide that the meat and wool produced from New Zealand's sheep, beef and deer farms is authentic, genuine, and safe. The programmes provide assurances regarding integrity, traceability, animal health and welfare, people, farm and natural resources and biosecurity.

Kuhn says it has updated its MDS range of fertiliser spreaders, which offer farmers more options and provide machines that can be upgraded as their farming situation changes – without the need to buy a whole new spreader.

Despite increased commodity prices, many farmers are feeling the pinch as costs like fuel, fertiliser and freight continue to rise.

The Massey Ferguson 5700 DYNA-4 is the latest addition to the company’s Global Series range of tractors.