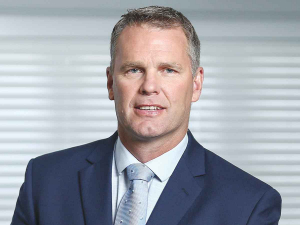 “Depressed, under pressure, made to feel ashamed of their profession -- you name it,” he told Rural News.

This follows a recent farmer protest at Ruawai, whose organiser Mark Cameron hopes will go nationwide.

One farming consultant King spoke to says she is dealing with clients every day who are depressed and unhappy over what is happening and the portrayal of farmers in the media.

“Some people are saying it is like never before, like an unprecedented attack on rural New Zealand.”

One older farmer told him it was worse than when farm subsidies were withdrawn in the 1980s.

“The Paris Agreement has a clause that exempts food production. No other country is even talking about putting agriculture into their emissions trading schemes,” King told Rural News.

“We are the only one. That will put us at a massive disadvantage if none of our trading partners are doing the same.

“In fact many of our trading partners subsidise their farming industry, but we don’t. Not only will we be being taxed an additional tax, we also will be competing against others who are subsidised.”

King also believes the proposed water reforms don’t need to be rushed through.

“There needs to be more time, more consultation and a whole range of meetings all over the country in smaller towns,” he said.

“The minister needs to front up to these meetings, telling people exactly what they are proposing to do because there is a lot of misinformation and a lot of people don’t understand what is going on -- what is proposed.”

King says only one meeting on water had been scheduled for Northland -- in Whangarei.

“What is written into some of those discussion documents is pretty scary stuff. The Zero Carbon Bill, for instance, has limits which no farmer will ever be able to meet, with no tools to allow them to do it. The only way they can do it is cut production. That makes no sense,” he claimed.

“We are the most efficient low emissions profile producers of animal protein in the world. If we cut our production a less efficient producer will take up the slack. And therefore overall global emissions will go up. That is an undeniable logical fact. I don’t know how they can counter that.

“We want some balanced conversation, we want urban people to understand what is coming at them. It is not only rural people who will be hit by this water thing. The zero carbon thing will hit us more than anyone else. But the water proposal is massive for the whole country.

“A lot of people think ‘oh the farmers can pay’ but in fact some of the city areas are way worse and will be hit to the tune of billions of dollars.”

New Zealand needs to start looking at the water issue much more strategically, according to National’s spokesperson on agriculture Todd Muller.

Nats cop it too

Interestingly, none of the politicians managed to escape the wrath of farmers at the protest march organised by the lobby 50 Shades of Green.

The culmination of some poorly thought-out government policies is to blame for low morale in the agri sector, says National’s agriculture spokesman Todd Muller.

With the submissions period for proposed water reforms ending last week, the National Party was out and about in the Waikato dairy heartland putting its spin on things.