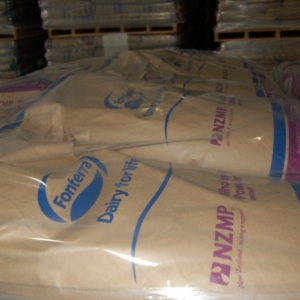 “There are still a lot of geo-political factors at play; things are tethering at the edge and any little thing could upset the apple cart,” Hoggard told Rural News.

Russia’s actions in Ukraine still worry the western world, the recent change of government in Greece has sparked fears of economic instability and lower oil prices are seen as demand dampeners for dairy products.

Hoggard says the recent GDT auction results are a positive sign but farmers remain cautious. “It’s too early to say that we have turned the corner,” he says. The 1% lift in GDT price index two weeks ago followed a 3.6% jump a month ago.

Overall prices remain about 46% lower than a year ago. And banks are not raising their forecast milk price; ANZ dropped its forecast to $4.35/kgMS last month.

ASB remains most optimistic, matching Fonterra’s current forecast for this season at $4.70/kgMS; BNZ sits in the middle at $4.50/kgMS.

Rabobank senior dairy analyst Hayley Moynihan warns of another hurdle. “The firming trend will be challenged as we get closer to the removal of European milk production quotas on April 1. Volumes on offer from New Zealand start to decline seasonally, but the Europeans coming into spring and milk production quotas coming off are likely to test market prices the closer we get to April 1.”

However she says last month’s GDT result is “along with our expectations of a slow price recovery through the first half of this year”. “The most notable thing was the rebalancing in pricing between whole milk powder and returns from skim milk powder and butter. The lift of whole milk powder put the stream returns back into balance.

“But in some respects it is a lacklustre result given the reduction in volumes on offer. The price lift could [arguably] have been stronger but it is a reflection of plentiful product availability globally and buyers being well stocked up. The positive is that at least it is in the right direction and three auctions in a row have had a slight firming.

“That is further evidence we are at the bottom and at least starting to show some encouraging signs.”

ASB economist Nathan Penny says there’re tentative signs of a recovery, but they are “baby steps”.

“It has taken a lot of reduction in volumes to get there particularly with whole milk powder. That has been hard work. Nonetheless it is pointing towards the recovery – but gradual.

“We are seeing export growth around the world slow so that should support prices.”  But demand is still weak from two big dairy importers, China and Russia.

“Beyond this season, we remain broadly positive on dairy prospects,” Penny says in his latest update. ASB expects the 2015-16 milk price to rebound to around $6/kgMS. “But for now, the baby steps are likely to continue.”