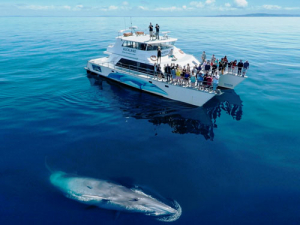 Farmers want the Government to back off local government in the Hauraki Gulf and let the people decide their futures.

"This move is just the latest assault on local democracy from central Government."

Matters to do with the impact of land use on water quality in coastal waters are the domain of local government, regional councils, through Resource Management Act (RMA) processes.

"Why have local government at all if they’re just going to be pushed aside?"

He was speaking on behalf of the Federated Farmers provinces affected by the Government’s latest proposal - Auckland, Waikato and Hauraki-Coromandel.

"There are still questions about how Sea Change will fit in around all the other legislation and how it can be made fair for all that it will effect. Will those local concerns be looked at by the central government body?

"The Government should be wary of trying to impose a ‘one size fits all’ set of regulations over the two regions impacted. Even adjacent sub-catchments can have completely different sets of problems that require tailored solutions. We have learned that those solutions are best addressed by local communities and the councils that represent them. It would be a mistake to dictate a package deal of recommendations."