Farmers must look beyond farm on sustainability 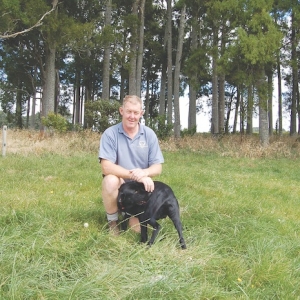 Buchanan notes in Hauraki Plains a natural link between the farming sector and the community, high levels of interaction allowing community concerns to be passed to farmers.

“So it makes sense to work with the community, not just environmentally,” he told Rural News. “Work with your community and you can end up in a better place.”

Last December, Buchanan and 54 other farming leaders from around the country attended the Dairy Environment Leaders’ Forum in Wellington. Funded by DairyNZ, the annual farmer-led forum supports dairy farmers in environmental leadership, utilising their skills and standing in the community.

Buchanan, who with his wife, Rowena, milks 700 cows on 230ha near Paeroa, 70km northeast of Hamilton, has fenced all waterways on his farm. Most farms on the Hauraki Plains have drains 1-2m wide. These connect to the main drains, bringing water into the canals.

“Fenced waterways keep cows out, dung and urine out, and means the drains need cleaning less often” he says.

Buchanan believes that people on the Hauraki Plains need to look after existing trees and plant more. He has fenced kahikatea forest remnants on the farm and under planted native canopy bush, boosting natural habitats for birds and wildlife.

“The results have been amazing. We have seen birdlife return to these areas.”

Buchanan’s passion for the environment has drawn him outside his farmgate. He chairs the Netherton School board of trustees and is a member of the stakeholders working group involved with Sea Change, a marine plan for the Hauraki Gulf.

The Netherton School won the ‘green gold’ award in the Enviroschools project through which children plan, design and implement sustainability projects and become catalysts for change in their families and the wider community.

Sea Change will produce a comprehensive plan for the Hauraki Gulf looking out 50 years.

“I see myself as the voice for agriculture and dairy farmers in the working group. The catchment reaches up to Putaruru, so farmers need to be one of the groups who are a part of the process.  We are equally concerned about preserving Hauraki Gulf as a national treasure and are putting our shoulder to the wheel.”

Buchanan’s message to farmers is not to let costs come in the way of planting a few trees most years.

“Cost is an issue for all businesses but in the scheme of repairs and maintenance it’s not much. Do a bit every year. Several metres of wire fence, some posts and trees, you’re looking at hundreds rather than thousands of dollars.  Plenty of farmers are doing it already.”