Farmers set to test the waters 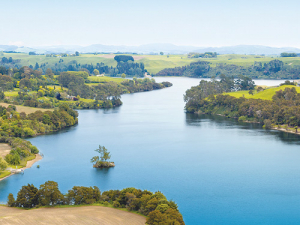 Farmers in Waikato will be testing a proposed plan to improve water quality in the region.

Farmers in Waikato will be testing a proposed plan to improve water quality in the region.

The Healthy Rivers: Plan for Change recommends getting more stock out of water and further restricting land use intensification -- proposals that are of concern to farmers.

Federated Farmers is leading a project to find out how tricky it will be for farmers to comply with the new plan. It will be the first time Feds has had time to test a plan, give feedback and press for changes.

The ‘Healthy Rivers On-Farm Project’ will study the application of the new plan change in a practical, onfarm way, using 12 different farmers and farm types as case studies.

“Normally we only find out how much impact a plan change will have after it’s been put into regulation,” Federated Farmers Waikato chair Chris Lewis says.

“But done this way, we get to test drive the council’s thinking, then we get time to gather feedback from our members and go back to the council with solid suggestions for improvements to their plan.”

The project is being jointly funded by Federated Farmers Waikato, Waikato Regional Council, Fonterra, DairyNZ and the Foundation for Arable Research. Of the 12 farms selected, 10 are either all drystock, or a mix of sheep, beef, dairy and arable.

Council chief executive Vaughan Payne acknowledges farmers’ concerns about the proposed new land use restrictions, which would make it harder for them to more intensively farm land.

But there are benefits, he says, notably that the rule would require application for resource consent by farmers who want to intensify, and this would enable the council to require mitigation of any extra contaminants contributing to water quality decline.

“Another key benefit is that land use intensification restrictions, along with other proposed rules in the plan change, would help protect the huge investment already made by taxpayers, ratepayers and individual farmers and growers, in improving water quality in the region.”

Lewis says the project will make all members in the Waikato and Waipa catchments think about the plan change.

“We need members to understand what it means for their businesses,” he says.

There will be pain

“Farmers in Rotorua/Taupo and Auckland Feds provinces also need to get up to speed on this process,” Rotorua/Taupo provincial president Alan Wills says.

“The council is trying to give the people affected time to adjust, but there will be people who have not caught up with what’s going on.

Feds has been working almost three years on the implications of
the plan change as part of the council’s stakeholder consultation group.