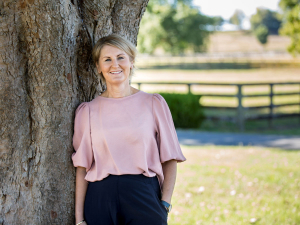 “With thoroughbred breeders also joining the fold, we have a bigger pool of resources and greater strength to our voice in our advocacy to politicians, decision-makers and government departments.”

As landowners, there are NZTBA members who already belong to Federated Farmers and the two organisations say partnership agreement will strengthen and develop those ties.

“We have a lot in common,” Copeland says, “Whether you’re a breeder of champion horses, a dairy or sheep farmer, you’re vitally interested in the welfare of your animals and being a good steward of your land. We’re all interested in ensuring government policies that affect our industries are sensible, practical and affordable.”

NZTBA chief executive Justine Sclater says believes the alliance adds value for the members of both organisations and to New Zealand.

“Thoroughbred breeding is a primary industry and many of the issues around environment, employment, and immigration legislation that Federated Farmers have been tackling are also faced by breeders. So it makes sense to join forces as a collective,” she says.

“The NZTBA is investing in conducting research into the environmental impacts of equine farming to ensure when we are representing our industry and we have scientific evidence to back our claims. We believe this is just one area where the partnership will be mutually beneficial.

“The New Zealand thoroughbred is a world-renowned product and we are a significant contributor to our local communities and the New Zealand economy.”

There are more than 4,000 thoroughbred breeders in New Zealand, directly employing a similar number of staff.

Their work underpins the racing industry, which directly employs another 45,000 New Zealanders.

“As a whole, the breeding and racing industry generates around $1.7 billion for the New Zealand economy,” Sclater says.