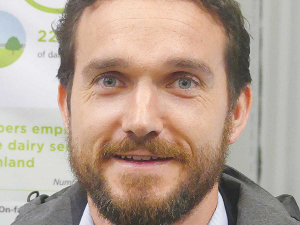 Feed budgeting is the big issue for Southland farmers coming out of the early February floods, according to Ollie Knowles, DairyNZ regional leader for Southland and South Otago.

Knowles said it was hard to describe the level and impact of the floods because they were broadly spread across Southland and into South Otago, yet quite localised in impact.

Following the initial shock of the event, Knowles said the discussion was now turning to the longer-term effects, around making sure that there’s enough crop on hand to carry stock through winter, or to transition animals onto winter crop feed.

“You can’t simply just take an animal off pasture and put them straight onto another food source. You need to actually slowly transition them.

“With regards to that feed being taken out by either flood waters or being scoured out by the velocity of the water flying down the river, those crops will need to be replaced or potentially just patched up.

“But considering how late the season was already in terms of how wet and cold it’s been for this current season, crops are already behind.

Meanwhile, a third meeting was set up by Federated Farmers and FMG at the Waimumu Southern Field Days site, focussed on updates from the Rural Support Trust, the insurance perspective and other concerns around ruined baleage and silage.

“We’ve managed to capture a number of farmers’ contact details who are still interested in follow-up help or services from DairyNZ’s standpoint,” said Knowles.

“Most of that’s actually focusing around feed budgeting. We will try to get out and do one-on-one calls with farmers who are really in need and start understanding where that deficit of feed is, or is starting to occur.”

Knowles said the initial effects for the region’s dairy farmers included milk loss, with between 100 and 150 farms unable to have their milk picked up in the first 24 hours. Then there were several days when roads were closed and tankers were unable to make it onto farms.

At the peak of the flood, a number of dairy farmers considered drying off, primarily concerned at animal care and welfare.

However, those still milking may now be recording lower yields because cows are stressed. Simply relocating stock to a new property would be stressful, said Knowles.