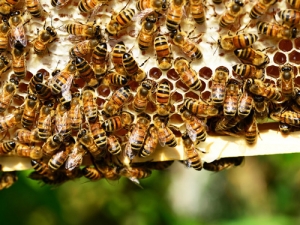 This is according to a new study into the economic consequences of a decline in pollination rates.

One of the co-authors of the study, Lincoln University Professor Stephen Wratten of the Bio-Protection Research Centre, says it is well known that a global decline in the populations of insect pollinators poses a major threat to food and nutritional security.

"We've lost most of our wild bees in New Zealand to varroa mite, and cultivated bees are becoming resistant to varroa pesticides," Wratten says.

"Functioning beehives are becoming increasingly expensive for farmers to rent. We know the decline in bee populations is going to have a major impact on our economy, but we wanted to measure the impact."

Previous methods of estimating the economic value of pollination have focused on desktop calculations around the value of crops and the dependency of those crops on pollinators.

Professor Wratten says the experimental manipulation of pollination rates is a more direct estimation of the economic value of pollination, or ecosystem services (ES).

A study was conducted in commercial fields producing pak choi for seed production. Some of the plants were covered with thin white mesh bags for varying time periods, preventing honeybees and fly species, which are key pollinators for the crop, from accessing the plants.

The economic impacts of loss of pollinators include higher prices for consumers as crop yields are reduced and food production costs increase.

"It's critical to understand marginal changes in ES and their economic consequences in order to identify appropriate policy responses and avert further losses," says Wratten.

"Modifying existing agricultural systems to enhance ES requires a range of mechanisms, such as payments for ES. Current policies at a national and global level continue to largely ignore the value of ES contributions such as biological control and pollination."

"There is a lot of scientific knowledge accumulating but this has to be turned into 'recipes' for end users like farmers to understand and implement. The big challenge is to have a recipe that works. Give farmers the right seeds to plant. Make sure the bees get what they need. It's not about planting pretty flowers. It's the science that counts.

"The best way to deliver this is through what we might call 'farmer teachers' – farmers who understand and use the recipe, who will get out into the paddock and be listened to by other farmers."