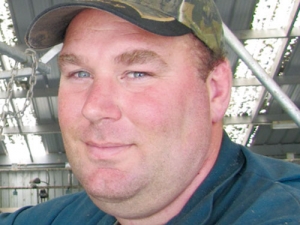 Fonterra is being urged not to force restrictions on the use of palm kernel expeller (PKE) without consulting farmers.

He says many farmers were disappointed to get a letter last month urging them to restrict PKE usage below 3kg/day/cow.

"It's the way it was announced; rather than engaging with farmers the co-op sent a letter leaving farmers a bit concerned," he told Rural News.

Hoggard says the farmers were told that excessive use of PKE could become an issue for our international customers.

"If there's an issue, then we have to take action; we can't be making milk that no one will buy. But I hope Fonterra doesn't come down with us on with processes; I hope they give us information and get our feedback before deciding what to do."

Hoggard believes a bonus system for less PKE use and a demerit system for high PKE use may work.

Fonterra has told farmers it is setting guidelines for the use of PKE: maximum quantity 3kg/cow/day.

Fonterra is planning more tests and research in the coming months on PKE usage and its effect on milk composition.

Fonterra subsidiary Farm Source is a major traders of PKE, a by-product of the palm oil industry in South East Asia. PKE is the residue of mechanical extraction of oil from the nut of the palm tree.

PKE is a dry, gritty meal with a soapy smell and has low palatability until cows get a taste for it. However, it has reasonable levels of energy (ME) and protein, and is relatively easy to introduce to cows.

Our data shows that use of PKE is increasing, he says.

"We recommend our farmers follow [our maximum ration] guidelines.... The recommended maximum of 3kg/per day/per cow is a voluntary guideline and we will work with our farmers to help them maximise profitability while ensuring the health of their herd."

Hurrell says consumers globally are driving a trend towards dairy products that are sourced from pasture-based milk.

"Consumers want to know what is in their food and where it comes from. We... make the most of this trend to enhance returns to our farmers who are already renowned for producing the best milk in the world... from pasture-based farming.

"This gives us a key competitive advantage globally. Our milk products have an excellent reputation and we want to maintain that, and stay ahead of increasing consumer expectations."