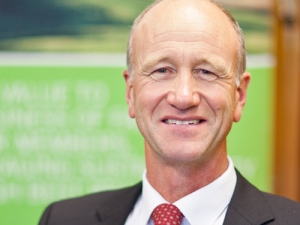 It’s his first major step into the public arena since he stepped down from his role with the Feds over a year ago.

Wills told Rural News he has deliberately stayed out of the public eye for the past year to give the new Feds board time to settle in without the distraction of a former president making headlines. But he says the time is now right to make a move.

“The opportunity has now come about and the Ravensdown seat is the one I have watched for some time,” Wills says.

“The incumbent, Patrick Willock, has been on the board 15 years and I thought he may have stood down. He’s been there a long time and if he were successful this year that would make it 19 years on the board, which in my view is really stretching it.

“I’ve been a long and loyal shareholder of Ravensdown, but have watched with some concern over a number of years its performance compared with Balance; at the moment Ballance is moving ahead.”

Wills says Ballance has gained 2000 more shareholders in the last two years – mainly at Ravensdown’s expense.  He believes the rebates paid by Ballance are much better than Ravensdown’s. He says he would have gained $18,000 in rebates for the fertiliser he has applied on his farm from Ballance – as opposed to no rebate that year from Ravensdown.

“[Ravensdown] has performance issues. With my commercial environmental, science and water interests I feel I have a lot to offer.”

Other Ravensdown seats in contest will be Northland, Southland and East Coast. The results will be announced at the co-op’s annual meeting in mid-September.