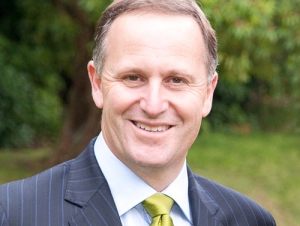 Even with a free trade agreement you can have "enormous challenges" if you don't have authorities on each side of the border supporting the passage of goods, Prime Minister John Key says.

If New Zealand does not give exporters the sort of support and services that they need, it will make their lives very difficult, he told a China Business Summit in Auckland yesterday.

New Zealand is a long way away, "we are the last bus stop on the planet", he said.

"So the point where a New Zealand company says I am going to go to Shanghai or Beijing or some part of China to sell a product because I can see there are 1.3 billion consumers there that are rapidly becoming middle income, that's easy.

"The hard bit is the legal issues, the language issues, the accounting issues, the in-country support, where they pick a partner, where they can rely on a partner – all of those kinds of things are much more challenging and for a country like New Zealand that happens much earlier on in the development of that company.

"If they were in Australia they could move from one state to another, become a critical mass, then think about exporting. In New Zealand's case it is not always as easy as that."

Nevertheless he said the China story is a big success, based on underlying fundamental consumer demand.

The $5 billion of dairy product and the infant formula going into China reflects that China has 20 million babies a year. With a two child policy, that will increase, he said.

"We know they highly value the quality and safety of the New Zealand product," he said.

He says to get two-way trade between New Zealand and China to $30 billion by 2020 is possible but some changes are needed, including more investment.