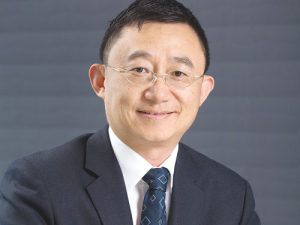 Fresh milk produced in New Zealand is now available for the first time on supermarket shelves in Shanghai.

The 1L product is available at 18 Alibaba’s Hema Fresh supermarkets, alongside Fonterra’s fresh milk produced from its China farms.

“Everything happens through a mobile app – from ordering for home delivery to instore product research, even payments,” Lee says.

Theland Farm Fresh Milk is available in 18 Hema Fresh supermarkets in Shanghai, the QR code on the packaging giving consumers insight into where and how the milk is produced.

In January this year, Fonterra announced it was selling fresh milk, sourced from its China farms, in Hema’s 14 stores in Shanghai and Suzhou.

Fonterra’s fresh milk in China comes in 750ml bottles; the product carries unique product labels to match each day of the week so as to emphasise freshness, with stock being replenished overnight ready for each new day.

The co-op says initial volumes are now about three tonnes daily, with plans to scale-up over time and expand with the retailer as it grows its footprint of stores across China.

Lee says food quality and safety is of paramount importance to Chinese consumers; New Zealand is recognised as a country with very high food safety standards and natural resources.

“Theland Farm Fresh Milk is NZ-made fresh milk produced from pasture farmed cows which graze on the Theland Tahi Farm Group’s and other farms. It is processed by NZ milk processor Green Valley Dairy, bottled in 1L bottles and airfreighted to China, arriving at Hema Fresh supermarkets 72 hours after it left the farm.

“Our milk will be on display alongside milk produced by a Kiwi cooperative from Chinese farms; currently Theland Farm Fresh Milk is the only fresh milk in Alibaba’s Hema Fresh stores which has been produced in New Zealand.”

Between 6.5 and 10 tonnes of Theland Farm Fresh Milk is now exported to China each week; 160t has been exported since September 2017.

Is China moving away from infant formula?