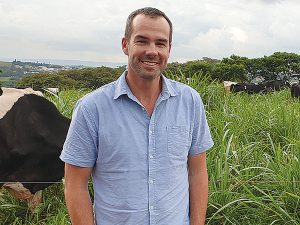 The new NES rules include limits on land use intensification, set controls on intensive winter grazing, and limits the use of synthetic nitrogen fertiliser.

Federated Farmers says it has been consistently raising issues with the workability of the regulations. The organisation’s Southland province went as far as calling for a boycott on consents related to winter grazing.

"We agree that a number of the new rules are not workable. But more than that, in Canterbury the NES is simply not needed. Not because we don’t have intensive farming but because our current regional plan already deals with improving water quality in a much more targeted and effective way," says Henderson.

The plan already contains provisions to control land use intensification and ensure good management practices are adhered to for all farm types, including for intensive winter grazing. All forms of nitrogen fertiliser, not just synthetic, are accounted for.

Furthermore, the regional plan requires all intensive farms to hold a resource consent to farm. One consent condition is for a personalised and independently audited farm environment plan.

‘’Canterbury farmers and the regional council have contributed years of work and considerable financial investment to implement the plan and drive real change on farm that will lead to improved water quality over time," says Henderson.

Federated Farmers says the new national standard uses different rules to the current regional plan, which means many farmers will likely need to reapply for their consents and rewrite their farm plans, which will then require re-auditing.

‘’We are talking years of council work to reassess farms. That means more staff and ratepayer funding and extra time and money from farmers too - all to end up where we started. And in the meantime, action on improving freshwater quality stands still.

‘’This time and resource would be better spent on continuing to help farmers implement their current plans, and further developing the regional plan to be even more effective."

The Canterbury Federated Farmers presidents will be writing to Environment Minister David Parker claiming the new freshwater standard is being met by the current regional plan.