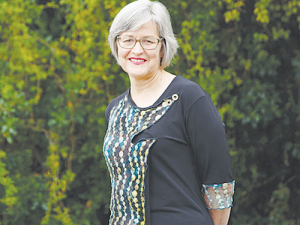 New Zealand should not make regulatory decisions on glyphosate use based on a United States court case, say NZ scientists.

The comments follow a recent decision by a jury in the US ordering Monsanto to pay US$289 million (NZ$440m) to terminally ill former groundsman Dewayne Johnson, who alleges Roundup caused his cancer. Monsanto denies the claim and will appeal the ruling.

In reaction to the jury decision, Associate Environment Minister Eugenie Sage will be asking the Environmental Protection Authority to consider adding Roundup to a list of hazardous chemicals, a move likely to appeal to her Green Party base.

Federated Farmers says most scientific research reports found glyphosate was safe to use and warned against banning it, saying the alternatives could be worse.

Associate Professor Brian Cox, cancer epidemiologist at the University of Otago, also recommends caution: “A sudden reaction to one case in one US law court, that has not yet gone to the appeal court, is not an appropriate method for developing health policy in NZ.”

He says NZ should “keep watch on the overseas evidence about the risk of cancer from glyphosate exposure and assess and balance the evidence of that risk and the views of users, the public and NZ industry”.

Ian C Shaw FRSC, FRCPath, professor of toxicology, University of Canterbury, says “I do not think we should base our regulatory decisions on a US court case”. However, he believes the evidence that glyphosate is “possibly a carcinogen in humans is robust”.

The evidence Shaw refers to, and what the US court decision leaned heavily on, is a 2015 report by an agency of the United Nations – the World Health Organisation’s (WHO) International Agency for Research on Cancer (IARC) which classified glyphosate (the active component of Roundup) as carcinogen 2b – “possibly carcinogenic to humans”.

This 2015 report prompted some countries to review their use of glyphosate and unleashed a wave of legal cases against Monsanto, however, it stood alone among other comprehensive reviews of the scientific evidence about glyphosate’s possible risk.

In direct contrast, in 2017 a large long-term study on the use of glyphosate by agricultural workers in the US found no firm link between exposure to the pesticide and cancer.

Published in the Journal of the National Cancer Institute, the study found “no association between glyphosate and any solid tumours or lymphoid malignancies overall, including non-Hodgkin Lymphoma (NHL) and its sub-types”.

In October 2017, an investigation by the news agency Reuters cast a shadow over the IARC report. Reuters revealed that the IARC had “dismissed and edited findings from a draft of its review… that were at odds with its final conclusion that the chemical probably causes cancer”. That is, the IARC removed all “non-carcinogenic findings” from its report before it was published.

At the time, the IARC did not respond to Reuters, but later attacked the news agency and other media, claiming its work was being misrepresented by “the agro-chemical industry and associated media outlets”.

Dr Belinda Cridge, programme leader and lecturer in toxicology at the University of Otago, says the IARC report is being “debated widely”, partly because it “assesses a chemical’s carcinogenic potential but does not generally conduct a full risk assessment, judging where and how contact with the chemical may occur”.

“The terms of the [Johnson] case are interesting as the plaintiff did not need to demonstrate conclusively that glyphosate caused the cancer, only that it was a plausible contributing factor,” says Cridge.

“Also, Monsanto is unable to prove that glyphosate definitely did not cause the cancer.

“There is still no proof either way, but the success of the prosecution will encourage others to seek remuneration using the IARC classification as evidence.”