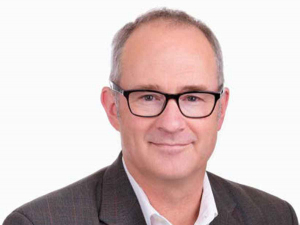 A brace of politicians recently hit Zespri’s Mount Maunganui headquarters to kickstart the already announced Agritech Industry Transformation Plan after a three-month delay due to Covid-19.

Minister for Economic Development Phil Twyford described the initiative as a “gamechanger” because it brings together six government departments.

He claimed it would help the agritech sector grow from its current level of $1.5 billion per annum by focusing on exports and by increasing efficiency and production within a host of primary industries.

With $11.4 million committed to the plan, Twyford said that most talent in the New Zealand agritech sector was directed inwards, although collectively they had the potential to solve much larger global issues.

“I believe we need to get much better at commercialisation,” he said.

“Develop our workers and bring the private sector and research communities together.”

Twyford said that for the last 30 years, the country’s economic focus had been on GDP growth, driven by a growing population, which in turn had led to stubbornly low productivity.

Looking at the wider picture, he advocated supporting industries that had a competitive advantage in areas such as advanced manufacturing, digital technologies and, of course, food and fibre.

“Picking winners has been out of fashion for the last two decades.”

However, Twyford said, some countries did successfully “pick winners”, particularly Ireland, Singapore and Israel, who all bat higher in world agritech rankings than us, with Israel’s agritech sector being ten-times larger than New Zealand’s.

O’Connor believed the issue of rural connectivity might be preventing producers from change but believed they could be won over with the promise of better earnings.

“This plan links strongly with the values of Te Taiao [the recently released Primary Sector Council report], recognising the need to increase the primary sectors’ value over volume – while working towards a lower and sustainable environmental footprint.”

Rezare Systems managing director Andrew Cooke praised the agritech plan’s intent, but warned against believing that the promise of higher revenue was the only motivation being considered by today’s farmers.

He suggested that sharing farm data was also important, but also raised the question of a common standard for data collection and dissemination.

Cooke proposed that there was a need to shorten the time between concept development and product launch.

The latter can only really be achieved by early-stage funding, an area that is addressed by this plan, alongside the $300m venture capital fund established in last year’s Budget.

Is Red the new Green for Zespri?

Kiwifruit marketer Zespri says some key markets will soon be able to enjoy red kiwifruit following a recent decision by its board to commercialise a red variety for New Zealand growers.