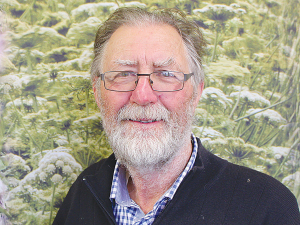 “We had some haloxyfop and pinoxaden resistance turning up, and that’s not a surprise because we’ve had farmers self-reporting some problems before. But finding glyphosate turning up on some of them was a surprise.”

The MBIE funded survey is a five year project in which FAR takes weed seed samples from farms randomly chosen from its database, and the samples are germinated then tested against a variety of herbicides by AgResearch Ruakura.

The survey started last summer on farms between the Waimakariri and Rakaia Rivers. FAR staff collected wild oat, brome and ryegrass plants from wheat and clover paddocks on the 48 farms, which represent about 20% of all cropping farms in the district.

Resistance has so far been identified in ryegrass on 13 of the farms (27%).

No resistance was found in any of the bromes and the results from the wild oat testing are not yet available.

The survey showed a wide range of resistance, Rolston says.

“Some farms showed [resistance in] more than 90% of the plants being tested, but others were down as low as 5%.”

The survey identified ryegrass resistant to Group A, Group B and Group G herbicides. Group A includes clethodim, haloxyfop-P and pinoxaden. Group B includes iodosulfuron-methyl and pyroxsulam. Group G is glyphosate.

“The results of this survey, particularly on glyphosate resistance, are causing us some concern,” said Rolston.

“We are now working to understand how to manage such resistance on cropping farms.”

The survey will probably move into South Canterbury next summer and Ashburton district the year after. It should eventually cover all major cropping districts including in the North Island.

What to do if you are concerned about resistance on your farm:

❱❱ Do not allow any ‘escaped’ plants to go to seed

❱❱ Contact your agrichemical rep or FAR if you believe that ‘escapes’ are the result of resistance, rather than application conditions

❱❱ Consider the use of non-chemical weed control.

Calling all graduates with an interest in the arable industry.