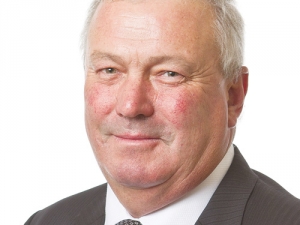 Farmer and Auckland councillor Bill Cashmore says he will be all over the Unitary Plan "like a hawk" when recommendations come out today from the independent hearings panel.

Cashmore guarantees he will examine all the rural provisions – particularly rural zonings.

But at this stage the councillor for Franklin, in the south of the Auckland region, is confident the council has put enough work into protecting the highly productive soils for growing vegetables in the Pukekohe region.

"We made a conscious step last term on the Franklin local board to ensure the most productive lands were protected. I certainly hope that is carried through by the commissions on the independent hearings panel."

After the hearings panel recommendations are released to councillors tomorrow, they then have 20 days to agree, disagree in part or disagree in whole.

"It is quite a complicated process but most people agree we don't want to let the greenfields be sucked up by urban sprawl. We don't want to include the really productive agricultural areas," he says.

Horticulture NZ said in May that uncontrolled Auckland sprawl could threaten some of New Zealand's best vegetable growing land. But Cashmore says Horticulture NZ knew what was in the proposal for the unitary plan and they knew it was the desire of most local politicians to protect it.

But he understands the concerns of some politicians that we need to open up greenfields completely. "There is a sense of reality about what is right and sensible," he says. "Infrastructure-enabled 'brown-fields' growth is the most cost affordable option."

Greenfields development costs billions. The planners have identified 12,000ha that could be urbanised over the next 25 years at a cost for infrastructure of $20 billion, Cashmore says. "We have to go out a bit and we have to go up a lot."

They need to look at what comes back from hearings and move forward with that. "The council can still initiate its own private plan change should it be necessary in the immediate future."

Rural councillor Penny Webster, who represents the Rodney area north of the Auckland region, says she was surprised how much growth was occurring in the Franklin area.

She says in Rodney, south of the Dome Valley, there is more mixed rural rather than rural production – except for the bigger farms around Helensville. Lower Rodney does not have the special soils of Pukekohe.

"Some of those big areas of Franklin where we are going to lose elite soils really surprised me," Webster told Rural News.

More growth around Silverdale and Waitoki in lower Rodney, which doesn't grow fruit and vegetables for Auckland, had seemed to her more likely. "There's dairy, sheep and beef [farmed there] for export markets, but not so much home grown.

"I can understand why HortNZ would be concerned," she says. "The Unitary Plan has been sent to an independent panel and it will be interesting to see what comes back from them about the zonings and what the zonings should be."