Health and safety must be a priority 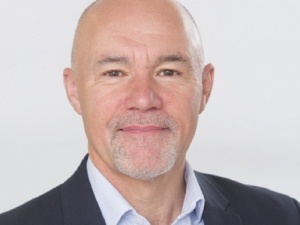 WorkSafe NZ's chief executive says farmers should place a high priority on health and safety plans rather than doing them at the end of the working week.

Gordon MacDonald's comments come as the new Health and Safety at Work Act comes into force on April 4. He says the new act should come under the banner of 'looking after my mates' and become an important part of any business.

He adds the 'she'll be right' approach has no place in the current environment and shouldn't have had for the past 20 years under the previous act.

MacDonald says the new legislation's three key new provisions come down to the farmer's duty to manage and take responsibility for risk. Under the act, a farm is treated like any normal business, so anyone on a farm at any time is responsible for risks they may create.

"First, [the farmer and farm visitor] simply need to have a conversation and cooperate on how they will manage risk together.

"Second, the new legislation emphasises the importance of leadership. That says if you are the senior officer of a business – such as chief executive or a director – you need to exercise due diligence on health and safety."

MacDonald says this means having information flowing to you on what the key risks of the business are and the key controls that are in some way tracking this, to show that you are on course to deliver what the law requires and your policy objective.

Third is a provision for worker and management involvement in health and safety matters.

"This is the idea that the workers are at the sharp end and have a good feel for what the day-to-day issues are. The law says workers should be engaged and should participate in risk identification and management in the workplace."

MacDonald says the new law also requires people to think and plan for health and safety, and how it might be applied before taking any actions – "who could be harmed, the likelihood of this occurring and some sensible control and mitigation methods".

He says an example of good H&S practice would be for a farm to have a whiteboard accessible to all staff and encourage them to identify and write up risks up on this board.

However, just writing things up is not enough, MacDonald says. There must be real engagement and commitment to change by staff and managers.

"Staff views must be taken seriously and having a good H&S culture onfarm is now a priority."

A wake up call to the laggards

Farmers who already have adopted a health and safety plan will not find the new legislation difficult to comply with, Gordon MacDonald claims.

But he warns that farmers who have lagged behind in this regard will find the laws a wake-up call.

"We'll take an educative approach in the early stages of the legislation: if we can see people have their heads around those issues and are trying to make some progress on them, that's fine," MacDonald told Rural News.

However, if there is a serious risk to a farmer, worker or a visitor on April 3, then it will be a serious risk on April 4 and we'll be handling that in the same way as we usually do," he says.

MacDonald says WorkSafe has already distributed 10,000 Safer Farm Tool Kits, and DairyNZ, Beef + Lamb NZ and Federated Farmers have also informed their farmer members. The WorkSafe website is a source of information about the new law.

"All this activity points to an interest and appetite to obtain information and comply with the new law," he says. "Hopefully this will lead to improved outcomes because, as you know, agriculture sits at the top of fatality statistics, contributing over 30% of all fatalities in the workplace in NZ."

Getting home safely is the main thing